Raikkonen: It was completely his fault but I paid the price 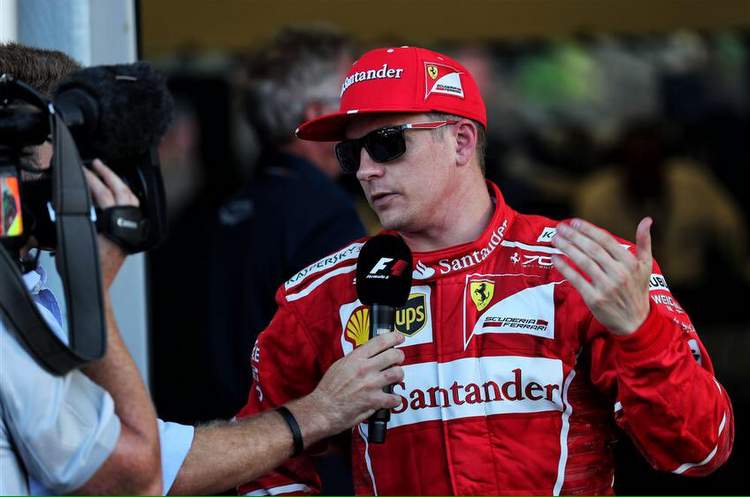 When side-by-side with Raikkonen, Bottas misjudged a move early on during the first lap which saw his Mercedes launch off a kerb and clip the rear of the Ferrari.

Raikkonen told reporters after an incident packed race,”I did nothing wrong. He braked very early, again. I went to the outside and it was fine and then suddenly I was hit completely on the side.”

“I think he knew he had braked too early and then let the brakes go. It was completely his fault but I paid the price,” added Raikkonen who had qualified third for the race at Baku City Circuit.

After the incident Raikkonen said, “We were able to keep going but then I was unlucky. The two Force Indias collided, some debris flew off and destroyed my rear tire. As a consequence, my whole floor and the rear wing were damaged and we decided to retire.”

With the car needing repairs it seemed that the race was over for the veteran Finn, but a red flag stoppage allowed the Ferrari crew to work on the car which enabled him to resume the race, “When the red flag stopped the race we thought that we might try and go back on track.”

But on lap 46 it was over for Raikkonen, “It’s not a good day when your car retires twice in a race.”

“I don’t know if it is anything to do with luck when someone drives into you. It is a mistake from the other side. If it is on your side, you can look in the mirror and think: you paid the price because you messed it up, but this time it wasn’t,” mused Raikkonen.

Big Question: What is it with F1’s mighty Finns colliding so often?