Boullier: We may run a different engine until Honda performs 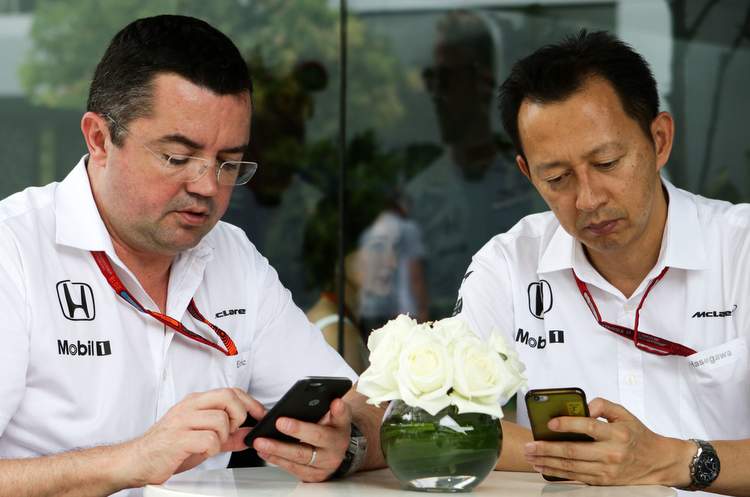 Although Fernando Alonso finally scored McLaren’s first points of the season with ninth place in the Azerbaijan Grand Prix, the team and their Honda engine partner are still stuck in the middle of a crisis.

Only thirteen cars survived the incident packed race in Baku, and Alonso had to graft hard to finish as he and teammate Stoffel Vandoorne struggled with by far slowest and least powerful car on the grid.

The prospect of McLaren ditching Honda still looms, but now there is a twist as team chief Eric Boullier suggests that an engine supplier switch may only be a temporary measure until Honda get their act together and produce an engine on par with the other three manufacturers: Ferrari, Mercedes and Renault.

Speaking to reporters before the race in Baku, Boullier said, “If you can run a [different] engine for the time being until Honda is competitive, then why not? This is one of the various scenarios we may have considered.”

Suggesting that he believes that Honda have the capability of delivering a competitive F1 engine, “We are confident in Honda because they have a lot of resources and willingness to do it.”

Decision time is fast approaching for the Woking outfit as Alonso is actively seeking a move away from the team unless he is assured a competitive car by the end of summer, while Mercedes chief Toto Wolff has warned that supplying an extra team by next year would require a contract in place around the same time.

Big Question: Is the concept of using an alternate engine, until Honda comes good for McLaren, a good one?