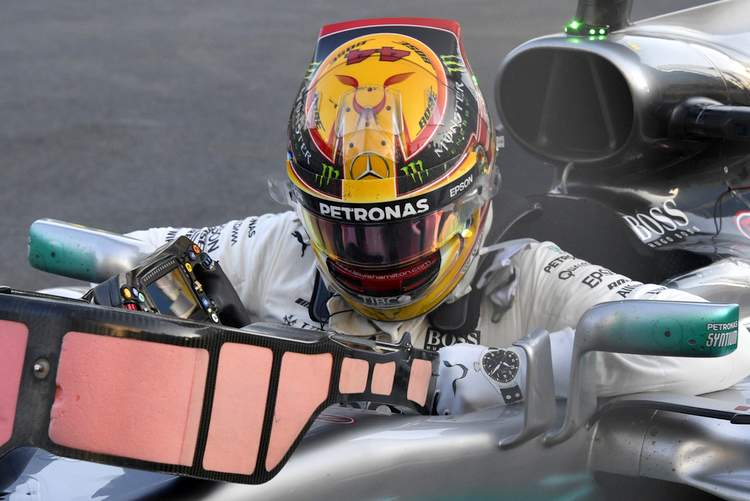 Lewis Hamilton was down on luck at the Azerbaijan Grand Prix, after dominating the race until his headrest worked loose and forced him to pit from the lead with victory in sight, but the biggest talking point will be an incident with title contender Sebastian Vettel.

During a chaotic race, around the unforgiving Baku City Circuit, just before the second restart after a safety car period Hamilton slowed to bunch up the field, at which point Vettel tapped the rear of Mercedes after clearly underestimating the speed.

The German then pulled alongside Hamilton waving his hands in as apparent show of anger and before appearing to swerve right into Hamilton as the pair rubbed wheels. ‘Road rage’ sprang to mind…

When he realised that Vettel was ahead, Hamilton said on the radio, “A 10-second penalty is not enough for driver behaviour like that.”

And added, “You know that, Charlie.”

After the race, in which he finished fifth and behind Vettel, he was subdued when he told reporters, “I think it’s just not driver conduct. It’s dangerous driving and to get a 10-second penalty for that… I don’t need to say anything else.”

In the team report he wrote, “I definitely didn’t brake-test Sebastian. I controlled the pace under the Safety Car and, just like with the other restarts, I slowed down in the same place on the entry to T15.”

“At that point, it is up to me to control the pace and then I felt a bump from behind. But that wasn’t the issue for me – everybody saw clearly what happened after.”

“All the young kids in other series look up to us, as champions, to set an example and that is not the behaviour you expect to see from a multiple champion. But we know that when times get tough, true colours show,” added Hamilton.