Vettel: The race I think can be a different story 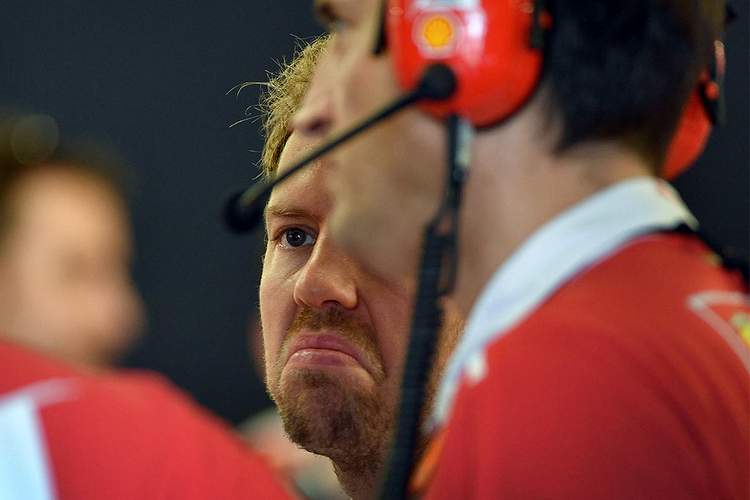 After ending up fourth in qualifying for the Azerbaijan Grand Prix, Sebastian Vettel believes that Ferrari have the pace for the race despite being over a second down on the pole winning lap set by his title rival Lewis Hamilton in the Mercedes.

Vettel told reporters after qualifying at Baku City Circuit, “Pace-wise I’m not worried because I think the car in general is quick, nothing to be afraid of. It was important to get the lap in and make the jump to fourth.”

“I think third was probably the maximum. As a team we got what we could today and the race I think can be a different story, the race pace can be quite strong.”

“I think it’s one of the tracks where you need to have the car in the window and tyres in the window, and then, if you feel confident, you extract a lot of lap time as well.”

“I’m not too bothered by the gap, it’s not nice but I’m equally not worried. The car was very good yesterday and in the long run we looked very competitive. We should be fine.”

“I think we, as a team, probably prefer not to talk so much and just get on with it. Today we probably didn’t get everything right but its part of the game. As I said other people were doing a better job and therefore their qualified in front of us,” added Vettel who leads the F1 world championship standings by 12 points over Hamilton after seven rounds.