Vettel: I had to use reverse three times! 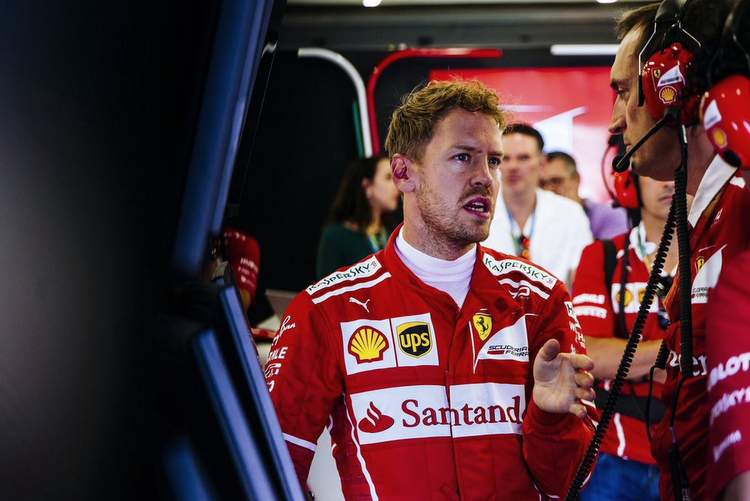 Sebastian Vettel was in good spirits after the first day of free practice for the Azerbaijan Grand Prix, despite spending much time on the escape roads around the tricky Baku City Circuit which caught out many of his rivals on the day.

It was clear from the moment the lights went green on Friday that the track, used once a year for Formula 1, was green and very slippery. Indeed just about all the drivers were caught out and had to take avoiding action.

Asked if he familiarised himself with every escape road on the track, he replied with a laugh, “Not every one! I think I missed the one at corner 15! It was not too slippery there – at least not for our car – but as I said before, it was difficult to find the right reference points and so before you kiss the wall you take the exit.”

Indeed the narrow confines of the Turn 8 kink claimed it’s victims with Sergio Perez (Force India) and Jolyon Palmer (Renault) crunching metal at that point during the course of the day.

Vettel said, “I’ve probably passed that part 60 times and 30 times you think that you won’t make it. You push it to the limit, of course, but this is the completely wrong spot to overdo it. And obviously I had to take the exit a few times. I cannot remember when I last used reverse – today I used it three times!”

Meanwhile the question of Vettel’s future with the team is still uncertain. But he and Ferrari claim that a new contract is not their focus at this point of the season.

Nevertheless Vettel appears to be content where he is right now and the future to him appears bright, “I feel very comfortable and feel very much at home at Ferrari. We are working well and things seem to come together. It is already a while ago that I joined the team, and since then a lot of things have happened.”

“This year is for sure a very important year for us and we are starting to see some of the results that we tried to put in place some time ago. Hopefully this is just the beginning and there’s a lot more to come,” predicted the F1 world championship leader.

Big Question: Are Ferrari keeping their powder dry for when it really matters?