Verstappen: We should be ahead of Ferrari 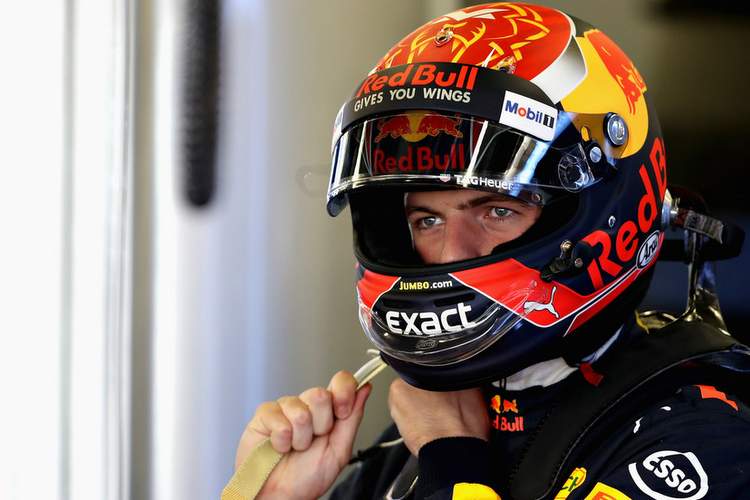 Red Bull driver Max Verstappen, who dominated free practice on Friday, was left lamenting the fact that he might have been third in qualifying, for the Azerbaijan Grand Prix, had he not encountered technical issues when it mattered.

After qualifying fifth, the Dutch teenager was asked what problems he had during the session, and replied, “Where do we start?”

“In Q2, I had the issue going to the limiter, a bit similar what we had in the last practice so we had to wind the engine down which cost me quite a bit of lap time which was a shame.”

“The car in general was always improving, I think the main target was for to get the front tyres to work in the first sector. I think in Q3 it got quite a bit better because of the last run.”

“I nearly improved by three-tenths then going into Turn 7 I had a little lock-up so went a bit wide… so by having a bit more wheel spin than usual I lost gear sync so all the way up through the castle and then [on the] long straight I was having very hard shifts so I lost more or less two-tenths because of it.”

“That cost me P3 you know though those things together with what happened in Q2 already where we had to wind the engine back. Yeah it’s a shame,” he added.

In qualifying, when Ferrari and Mercedes crank up their engines, it is clear that the TAG Heuer (Renault) powered Red Bull is still lacking a fair amount of horsepower to match them.

But Verstappen was upbeat and confident, “We should be ahead of Ferrari without all things happening in qualifying so yeah it’s looking a lot better, but of course when you’re looking to Mercedes we know we have to improve but we know they have this power mode which they can use twice maybe.”

“So we still have to work but I think the car in general when you look to sector two, where you have most of the corners, we were very competitive so I can be happy with that,” concluded Verstappen who will be hunting his second podium of the season on Sunday.