Alonso: Everything is frustrating 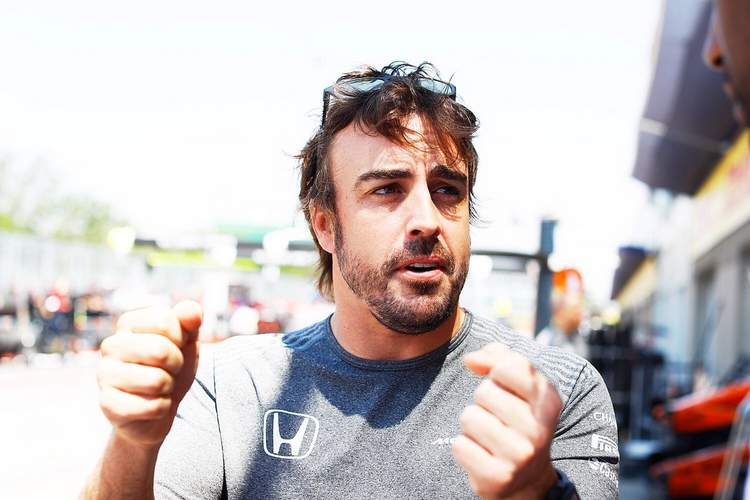 McLaren driver Fernando Alonso admits that he is frustrated with his plight amid huge problems with Honda, but at the same time is content as he enjoys the current era F1 cars and believes that he is driving at his very best.

“I never started with a difference with my teammate as big as this year, ever, and it’s a teammate that won in all the other categories, so… I’ve a very good reference, you know,” pointed out the Spaniard in reference to his teammate Stoffel Vandoorne.

“I’m definitely at my best. In terms of keeping motivation and keeping hunger for success, despite the results, because you know and you feel that you are in a very good moment of your driving career.”

“I think you learn many things in your career. If I raced against me, myself 10 years ago, 15 years ago, I would be as quick as now probably but you will make little mistakes here and there.”

“You will overdrive sometimes, but now you will know when is the time to push, when is the time to be a little more conservative. You know how precise you need to be on the pitstop now, fuel-saving techniques, starts, qualy preparation, tyre preparation – you learn so many things during the career that you are a better driver.”

Alonso skipped the Monaco Grand Prix to contest the Indy 500, where he captured headlines throughout his foray to the USA, and acknowledged, “As I said, when I went to Indy, you again wake up some senses, when you drive a different car and different things, etcetera, you come back to the normal car and you are better.”

“I think that’s the only reason, it’s not that the cars are different to drive or more complex to drive, it’s just that you learn so many things that you put into the equation when you are jumping into the car now. When you are more prepared now, you are better,” added Alonso who is likely to start the Azerbaijan Grand Prix from the last row on the grid. Report here>>>

Big Question: Is Fernando driving better than ever?