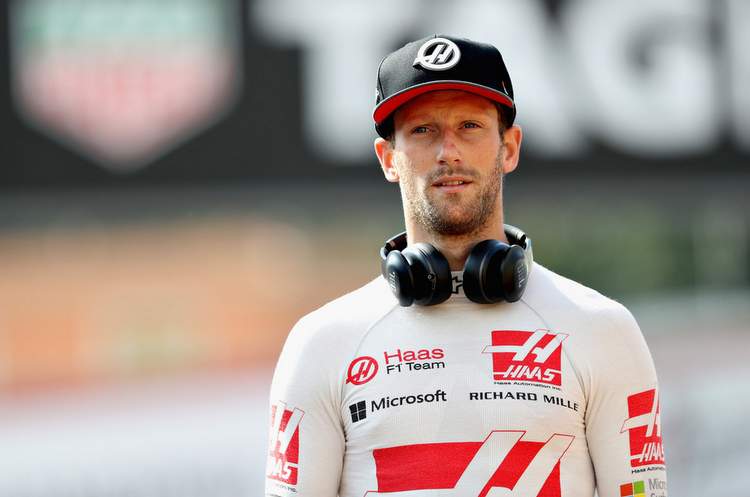 The silly season is slowly firing up and Haas driver Romain Grosjean makes no secret that he is dreaming of a call from Ferrari to take his career to the next level.

Asked during the FIA press conference if he felt he was on the Maranello ‘shopping list’, he replied, “Good question, I don’t know. Life is full of surprises.”

“If you ask Valtteri what he was doing last December, I’m sure he was thinking: I’m going to go again with Williams and the next thing you know he’s in a world championship car. It’s a phone call and the best thing you can do is do the best thing on track.”

“Valtteri is waiting on Mercedes, and there is the Kimi situation, what is he going to do? Everyone has thought he is going to be out of Formula 1 since 2010 and here we are in 2017, he’s 37 and still here doing a decent job.”

A couple of years ago Grosjean made a point of learning Italian, and took a step towards the Scuderia by turning down Renault and opting for Ferrari powered Haas, but what the future holds is anyone’s guess.

“If there is an opportunity, a seat with them then I believe I am in a good position but it doesn’t necessarily mean anything.”

“I’m frustrated sometimes because I love winning and that’s what matters to me in Formula 1,” Grosjean explained.

“You come from other categories where you’ve won everything and then you come to F1 and you don’t get the chance to win a race because it’s like you are starting a 100 meters race 10 seconds behind the others.”

“But it’s great to see how we can start from zero as a new team and we can build and surprise a lot of people. Everyone was saying: Haas are coming to F1, they’ve got four years full-time in the wind tunnel, they’re going to be great – then last year we struggled a little bit.

“That’s normal for F1. The whole process was to prepare for 2017 and we’re already looking at 2018 and improving every year.”

“The year started well. Mercedes, Ferrari and Red Bull have the front six places already locked so the race kind of starts from P7 onwards. Williams and Force India have been very fast recently so you have maybe one spot in the top 10 to try and score points so it’s quite tricky,” added Grosjean who lies 12th in the points standings with 10 to his credit.

Big Question: Does Romain deserve a drive with Ferrari?