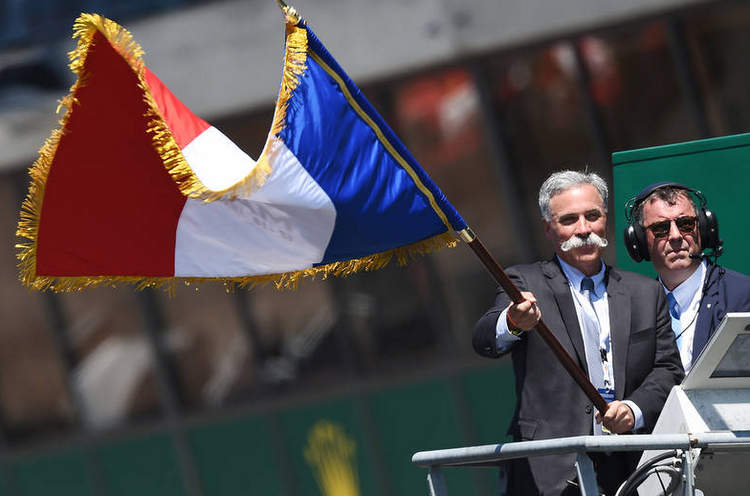 Chase Carey waved the French flag to start to start the 85th edition of the Le Mans 24 Hours race, heralding the warming the relations between the organisers of the great race and Formula 1 in the wake of the cold war between the parties during the Bernie Ecclestone era.

The Formula 1 chairman set off the 60 car field and triggered yet another dramatic episode of the legendary sportscar race, which saw Toyota’s challenge crumble, allowing former Red Bull and Mercedes F1 test driver Brendon Hartley to power to victory driving a Porsche Porsche 919 Hybrid with Timo Bernhard and Earl Bamber.

The gesture by the race organisers – the Automobile Club de l’Ouest (ACO) – to warm relations between Formula 1 and Le Mans as well as sportscar racing.

ACO president Pierre Fillon said before the race, “By starting the race side by side with Chase Carey, we will be demonstrating the new ties forged between the ACO and Formula One, facilitated by Jean Todt, president of FIA, our partner in the World Endurance Championship.”

It is expected that Formula 1 will in future avoid date clashes with the Le Mans 24 hours and perhaps offer an opportunity for F1 drivers to contest the race, as did 2015 race winner (with Porsche) Nico Hulkenberg.

Big Question: Is closer toes to other motor racing series a good thing for Formula 1?