Bottas: Lewis is not an easy teammate to battle with 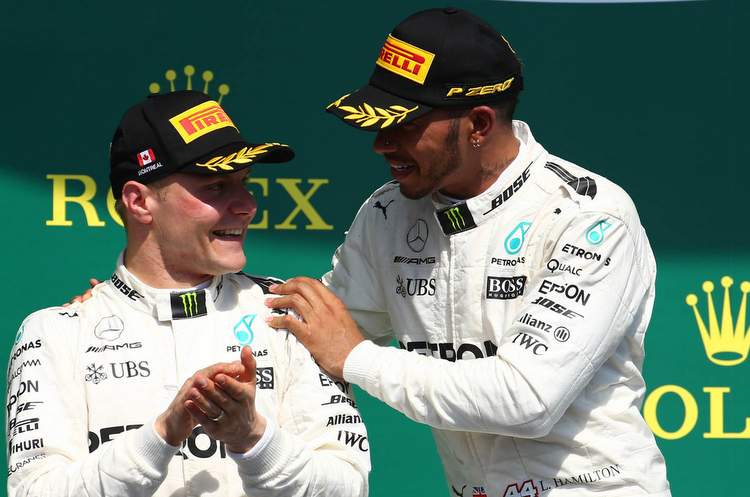 Valtteri Bottas acknowledges that in Lewis Hamilton he has a tough teammate to match let alone beat, but the Finn believes he can do it as he strives to be more consistent in a season which is crucial to his future with Mercedes.

Asked what was the key to his one year deal being extended with the Silver Arrows outfit, Bottas replied, “I think consistent performance. It’s about delivering on the level where the car is, and helping with the development.”

“It’s about working as a team, and winning races, which normally is what a team requires. It is a winning team, at a high level, so they expect a lot from the driver. Almost every driver would like to drive for Mercedes, so for sure I need to perform to stay.”

“My ambition is to have a long-term relationship with the team and I hope it is possible,” he added.

It did not take long for Bottas to make his mark as the new boy in the team. A couple fo podiums in his first three races in silver were followed up by a race win at the Russian Grand Prix.

He recalled, “I was hoping [to win in] Melbourne that was my goal! But I think it was nice it was the fourth race.”

“It was nice it was in the beginning part of the year too, to get it done. I don’t need to think about it any more. I know I can do it, and the team knows I can do it.”

Hamilton is acknowledged as one of the best of this generation, thus Valtteri has a lofty benchmark to target, but he believes that he is in the zone, “I think we are very close, I don’t see a difference.”

“I believe in myself. He has more experience. He has been with the team for a much longer time, and I see no reason why I could not match him always. I think it is possible.”

“I know I can win races, I have proved it, and I can be on pole position, so it is possible always. But he is not an always easy team-mate to battle with.”

“It is a great motivator for me to be with Lewis though. He is a great reference,” added Bottas.

After seven races Hamilton lies second in the championship battle with 129 points with Bottas third on 93 points – Hamilton has won three times and Bottas once.

Big Question: As Valtteri becomes more at home with Mercedes will he be able to match and also beat Lewis on a regular basis?