Wolff: Ocon is going to be a superstar of the future 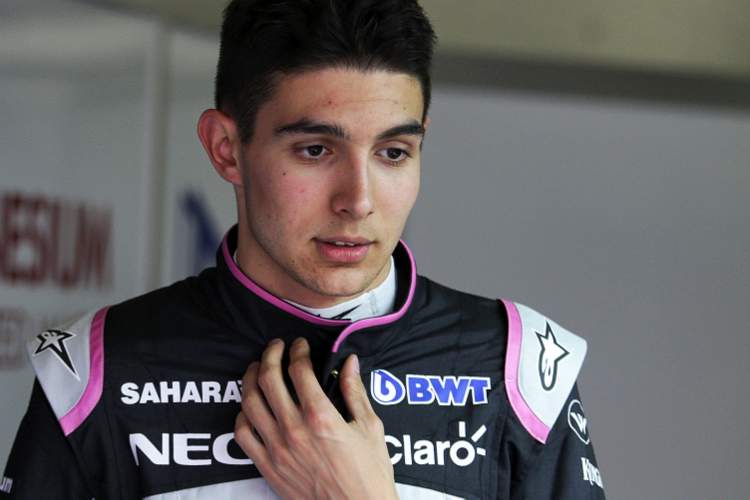 Esteban Ocon is fast establishing himself as a well respected young driver on the Formula 1 season, and int he aftermath of the Canadian Grand Prix his boss, Mercedes chief, Toto Wolff is commending the young Frenchman.

Wolff said after the race, “Force India could have done many more points. He did a great race. Really fantastic for his first season. He’s developing just in the right way, he’s going to be a superstar of the future.”

Ocon was embroiled in a race long duel with his more experienced Force India teammate Sergio Perez, the Mexican ignoring team orders to allow him past to attack Red Bull’s Daniel Ricciardo for third place.

Perez has been criticised for his stubbornness, while Ocon has received plaudits for his patience and restraint.

When Force India signed Ocon, ahead of Pascal Wehrlein, it was clear the team saw something special in the youngster, as does Wolff who snapped him up as a Mercedes junior driver.

“Esteban has the most impressive track record in junior formulae and he is an exceptional personality outside of the car,” said Wolff in reference to the fact that Ocon beat highly rated Max Verstappen in the 2014 European Formula 3 championship.

Wolff said when Force India announced that Ocon would be their driver for 2017, “Force India have a strong record of working with young drivers and have again shown courage and vision to take Esteban under their wing.”

Ocon does not come from a monied background. His family lived out of a camper van during his karting years and early single seater forays. This differs vastly from majority of drivers who have backing from rich parents or government based grants.

Ocon’s rise was the hard way, which Wolff sees as a positive for the sport, “It is a positive development for Formula 1 that talent wins over money and we will be seeing some of the most impressive youngsters fighting to make it to the top in Formula 1 over the coming years.”

Force India chief operating officer Otmar Szafnauer is also impressed, “It’s one of the reasons we chose him. It’s hard to predict the future but we’re happy he’s done what we thought he could do.”

“We’ve got two drivers that can work together and now they’re close together which means they’ll be pushing each other. We had that with Nico [Hulkenberg] and Sergio and we were a little unsure with Esteban, we thought, but he’s quickly gotten up to speed now and that will just push both of them forward,” added Szafnauer.

Big Question: Is Esteban a F1 star of the future?