Brown: It was important that we spoke up 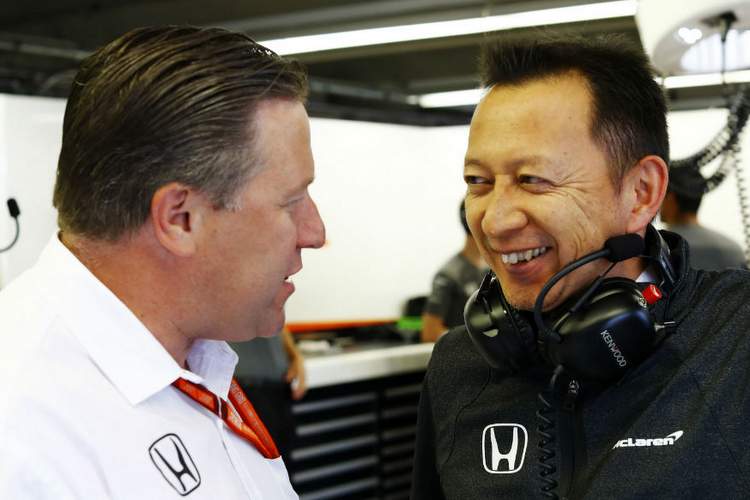 McLaren chief Zak Brown unleashed choice words of criticism directed at their engine supplier Honda on the eve of the Canadian Grand Prix weekend, and has no regrets that he articulated the frustration his team is feeling amid an obvious crisis.

It was the first time that a senior McLaren figure shed light on the frustrations and disappointment in their partnership with Honda. Prior to this only the team’s star driver Fernando Alonso dared point a finger at the Japanese manufacturer’s shortcomings. Report here>>>

However speaking after the race in Montreal, which again was a pointless exercise for the team, Brown said, “I think it was important that we spoke up this weekend, it was really the first time that McLaren brought forward their views.” Report here>>>

“I don’t want to repeat ourselves, and I don’t think this changes anything, it just reinforces our position. I think they know something needs to be done. They are frustrated, they are upset. I think today 400 million people saw what happened, so I don’t think we need to communicate already further than we already have.”

All season Alonso has been haunted by a string of engine issues, which again struck during the race at Circuit Gilles Villeneuve. The Spaniard’s car coming to a halt late in the race, while looking good for his (and the team’s) first top ten finish of the season. They remain last in the standings.

Brown recalled, “It’s a bit of the same old story, which is something that needs to get fixed one way or another. Because we can’t keep doing this. I think he was clearly going to get our first – not even points – but point. It was good to see Stoffel make it to the finish. But I’m just speechless.”

“You feel like you’re finally going to get your first point of the year, and a couple of laps from the end, it goes. Just really poor power, and really poor reliability.”

Another expired Honda engine most likely means that Alonso arrives at the next race in Baku already on the back foot, “It’s pretty depressing for all of us. Starting at the back before you even get the weekend started, is not how we can go racing.”

“All we can keep doing is pushing for developments. Nothing changes – it just increases the frustration. But as we’ve said, we’ve got to get our act together, and it’s one more race that we didn’t.”

As for what Honda’s big brass are making of this image destroying project, Brown admits, “I don’t know what the board thinks, but I think everyone thinks the same thing, just work hard to try and fix it. But right now, it’s not fixed.”

A spokesperson for Honda said earlier this week, “We have good daily communication with McLaren, and we are committed to overcoming these problems together as one team.”

Big Question: Is McLaren out of line losing patience with Honda?