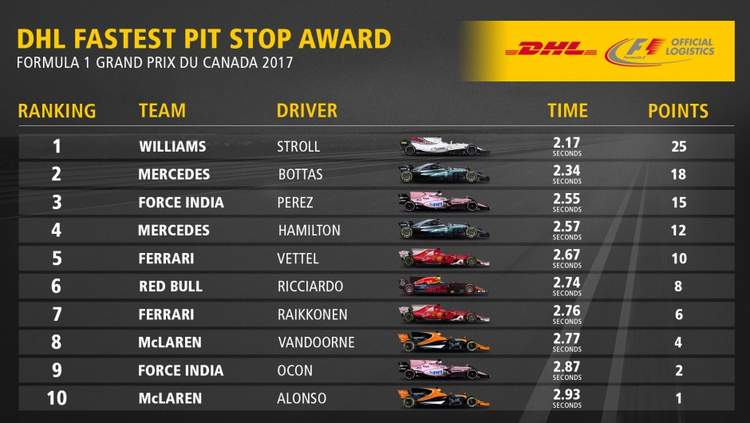 Williams completed the DHL Fastest Pit Stop for the fourth time this season in the Canadian Grand Prix. During his home race in Montreal, Lance Stroll was turned around and sent back out on his way in 2.17 seconds, producing the fastest tire change of the season so far.

Williams managed to just beat Mercedes, changing tires for Valtteri Bottas in 2.34 seconds. The third-quickest pit stop in Montreal was by Force India, who changed tires for Sergio Perez in 2.55 seconds.

There were only 19 pit stops in Montreal because of low tire degradation. Most drivers stopped only once apart from the two Ferrari drivers Sebastian Vettel and Kimi Räikkönen and Sauber driver, Pascal Wehrlein. 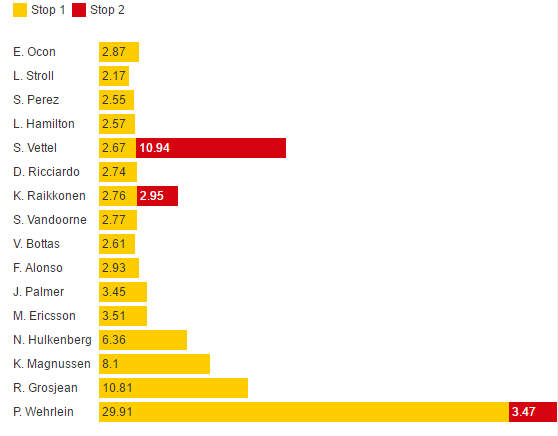 Lance Stroll not only took the DHL Fastest Pit Stop, the Canadian also scored points for the first time in his career by securing P8 in his home race. Stroll is now the first Canadian to have achieved a points-scoring finish not called Villeneuve.

“I’m just happy for myself, for the team, for everyone,” said the delighted rookie. “It means the world to me, being able to finish a race in the points and seeing those Canadian flags up in the air at my race.”

Williams on 170 points continue to lead the overall standings of the DHL Fastest Pit Stop Award. However, Mercedes are reeling them in, having whittled the deficit down to twelve points. Red Bull are in third place with 128 points, followed by Force India (74) and Toro Rosso (73). 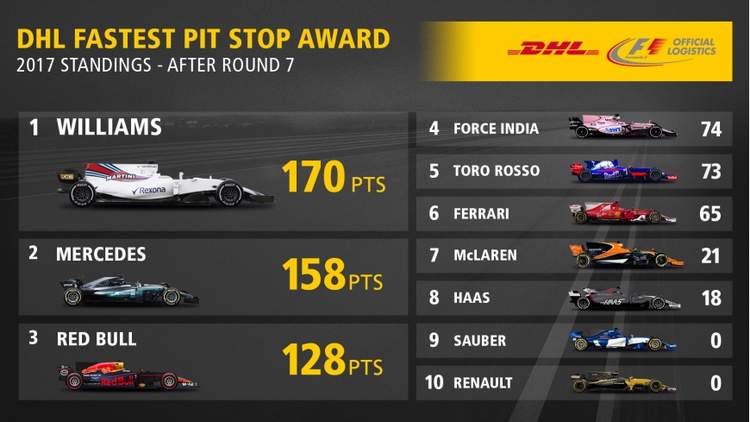