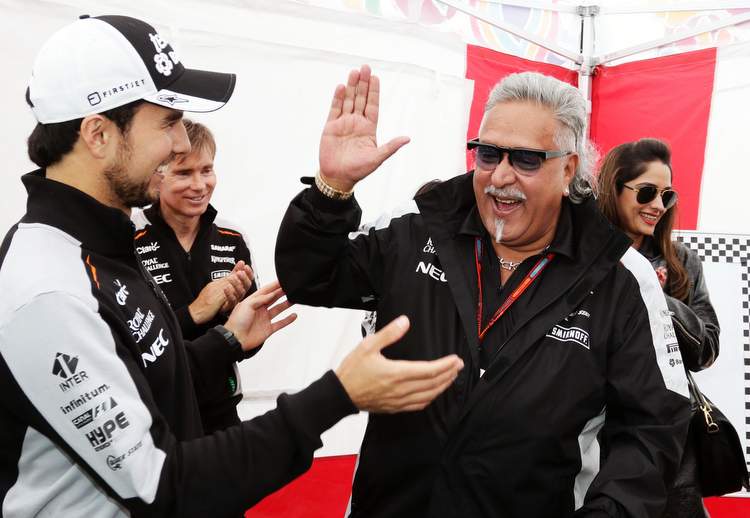 The Silverstone-based team have gone through various guises already, starting out as Jordan in 1991 and then becoming Midland in 2006 and Spyker in 2007 before Mallya took control in 2008.

Force India have never had an Indian driver, while the team’s Indian sponsors were mostly brands linked to aviation and beer tycoon Mallya or co-owner the Sahara Group.

“There is a growing feeling that maybe since we are a much-improved team in terms of performance and attracting more international sponsors, and sadly less Indian sponsors, there is a debate as to why the name should not be changed to give it a more international flavour,” Mallya said in an interview.

“There are some people who believe the current name Force India is restrictive psychologically. I’m considering along with the other shareholders what steps to take but it’s a major decision and one that is not going to be taken in a hurry without due consideration.”

Mallya said there was a proposal on the table from one sponsor about a name change, and his current legal situation had nothing to do with the idea. Mallya last week rejected speculation about a possible sale.

The flamboyant 61-year-old was arrested by British police in April on behalf of the Indian authorities, who accuse him of fraud.

India is seeking Mallya’s extradition over unpaid loans tied to his defunct Kingfisher Airlines after the businessman moved to Britain in March last year. He has repeatedly dismissed the charges against him.

It is not the first time Mallya has mooted a team name change – he also did so in 2015 when there was talk of a deal with sportscar maker Aston Martin and whisky brand Johnnie Walker.

“I named the team Force India only to give India and all of the motorsport fans in my country pride of place on a Formula One grid,” he told Reuters at the time.

“But they’ve enjoyed that for eight years and now they know this team is synonymous and will still be an entry from India flying the Indian flag. So what name we run under is not as critically important as it was for the first three or four years.”