Grosjean: The tyres would have held out for another ten laps 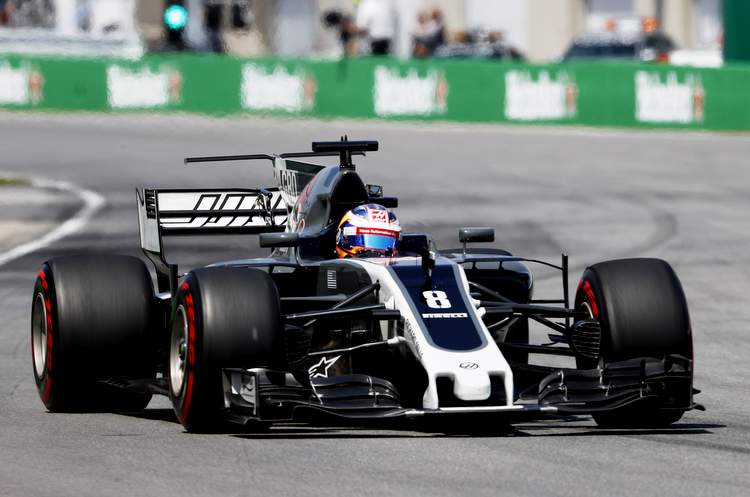 Romain Grosjean stunned Pirelli and the Formula 1 paddock by setting a record by completing 68 laps on one set of tyres on his way to tenth place in the Canadian Grand Prix.

Grosjean was involved in the Carlos Sainz instigated first lap melee, which forced him to make a first lap pitstop and play catch up for the rest of the afternoon with the one set of red band Pirelli soft tyres.

Speaking after the race, the Haas driver said, “They would have held out another ten laps. Of course I did not want to drive 68 laps on the supersofts, but I was forced to do so.”

“I am very unhappy with Carlos’ [Sainz] maneuver at the start. What he did to me going into turn three. It was very, very dangerous. I’m glad the car didn’t have too much damage. We changed the front wing and got going again.”

“It was a tough race. We needed a bit of luck at the end, which we got with Alonso retiring, and we managed to get a point. It’s great for the team, but we missed a bit of speed,” added the Frenchman.

Haas team boss Guenther Steiner said, “It didn’t start well with Romain being hit by Sainz at the beginning and dropping down to last after having to come in for a wing change.”

“Normally, your race is done then, but everybody kept on fighting and Romain did a fantastic job to get the car home with 68 laps on one set of tires. That’s astonishing – very well done,” added Steiner.