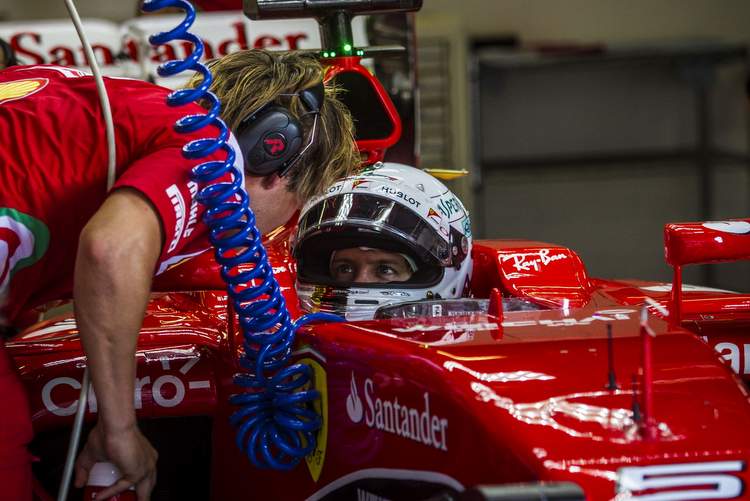 Amid suggestions that Ferrari  benefited more than their rivals from Pirelli testing last year, Pirelli chief Paul Hembery chief has denied this is the case.

It is well known that Ferrari did the bulk of testing last year to help develop the 2017 wider tyres, with Sebastian Vettel particularly enthusiastic to help out.

He covered over 2,000 km for Pirelli during testing of this year’s tyres, while Mercedes racked up a mere 250 km. The Silver Arrows drivers – Lewis Hamilton and Nico Rosberg – were reluctant to give their time to tyre testing, while Vettel seized the chance whenever he could.

However, Hembery does not believe that as a result of this Ferrari now enjoy an advantage, he told the official F1 website, “Yes, Sebastian did a lot of testing. It was very intense and he gave us a lot of feedback. We thank him for that. That is what we wanted: the top drivers giving us good feedback.”

“But because he didn’t really know what he was testing – he was blind-testing – it might have helped him psychologically, but I doubt it helped practically.”

Vettel leads the championship after seven rounds and Ferrari appear to be able to get their tyres into a optimal working window more efficiently than their rivals, specifically Mercedes who have struggled on this front.

Hembery explained, “Actually Mercedes’ issue is linked a bit to certain circuits: in Barcelona they were fine – and in Silverstone and Spa they will be as well. It’s the lower-grip circuits where they’ve had a few more problems, but I am sure they will resolve any issues as we go through the season.”

Whatever the case everything clicked for Mercedes in Montreal, at the low grip Circuit Gilles Villeneuve, as they claimed their first one-two of the season and now it remains to be seen if they have solved the problem that afflicted their drivers in the early races of the season.

#F1 Big Question: Did Ferrari benefit testing for Pirelli to develop the 2017 tyres?