Honda: We continue to work as one team with McLaren 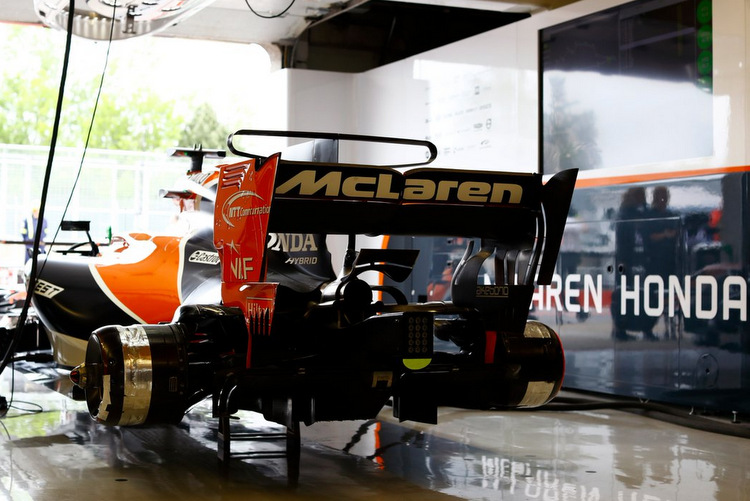 Amid reports that a split between McLaren and Honda is a done deal, the Japanese manufacturer are not commenting on what they term speculation and insist they are committed to overcome the problems together with the Woking based outfit.

When approached for comment by GP247, with regards to a split, a Honda spokesman said, “We do not comment on media speculation. We continue to work as one team with McLaren to overcome this tough situation together.”

He explained the problems, “One of the issues we are facing is with reliability. We have faced more reliability issues this season than we would have hoped, but we have reached the cause of all these issues and have countermeasures in place.”

“It is our intention to banish these on-going reliability issues completely as soon as possible so we focus on improving our performance.”

As for a solution to the woes, that most recently caused Fernando Alonso to retire while looking good for a top ten finish, the spokesman said, “We will not comment on any specific solutions.”

“We are continuing our development with the team and we believe we will conquer this situation. We have many resources dedicated to this, and we are 100% commitment to our Formula 1 project.”

Whatever the case there is no denying that patience has run thin among McLaren fans, sponsors and staff. Three years of no podiums and a woeful run this year, that has yet to yield a point, has done the image of Honda no favours.

“We appreciate all of the support the fans have been giving us, especially during this challenging situation,” acknowledged the team spokesman.

McLaren chiefs Zak Brown and Eric Boullier ramped up their criticism of their engine supplier before and after the race in Montreal, suggesting that a ‘divorce’ may well be in process.

But apparently, behind-the-scenes, the situation may not be as dire as it seems, the spokesman revealed, “We have good daily communication with McLaren, and we are committed to overcoming these problems together as one team, therefore we do not feel it is necessary to send them a message through the media.”

Meanwhile in the aftermath of reports that a split between the two organisations has been agreed (ours here>>>) , with McLaren set to become a Mercedes engine customer in 2018, F1 veteran Mike Gascoyne is also convinced that the deal is done.

Gascoyne told Sky Sport, “The rhetoric has changed in the last race or two, very, very much both pre-race and post-race. Quite critical rhetoric for the last couple of races. It just sounds like a decision has been made and they are just fencing around about how to tell it to everyone. There has been a very big shift there, and Honda are getting worse if you look at it.”

In the current turbo hybrid era changing engines is not merely a bolt on job, but Gascoyne does not believe it will hinder McLaren’s shift to Mercedes power provided engineers at the factory have already got the green light.

“They will want to be working on it now,” added Gascoyne who worked for Jordan, Benetton, Renault, Toyota, Spyker, Force India and Caterham during his tenure in the sport.

#F1 Big Question: Is Honda oblivious of the damage being done to their reputation and the good name of McLaren?