Hamilton: The chemistry Valtteri and I have is different 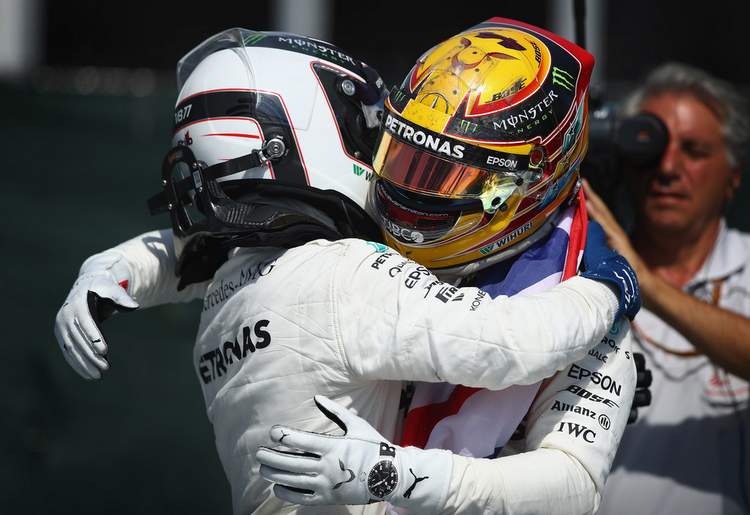 Lewis Hamilton is relishing the new atmosphere in his Mercedes team since the arrival of Valtteri Bottas, admitting that his relationship with the cool and quiet Finn is different to the fractious partnership he endured with Nico Rosberg.

Speaking after his team’s first one-two of the season, Hamilton said “It’s always a great thing for a team to achieve a one-two, it’s always special. I think experiencing it with Valtteri is definitely different. I think the chemistry Valtteri and I have is different [to Nico].”

“I think the working environment we’ve both experienced this year is on a complete other level, on a professional level that’s been above any other year that I have experienced.”

“That obviously comes from Valtteri’s maturity and how the team also works with us, to give us a fair platform to fight. It’s our first one-two, it’s solid, solid points for the team.”

“I’m sure Valtteri will say he didn’t enjoy his qualifying, because he was rapid in Monaco for example but it’s very difficult with the car we have at the moment. I know he is going to have many more wins to come and I hope that when he has those wins I am able to back him up and get those points for the team.”

“This weekend we were really happy with the work we did, the guys did such a great job in terms of where we began and the small incremental steps that we made. We really made no fault in the direction of the settings.

“Just before qualifying, it was nine minutes until qualifying and I was still at my desk at my laptop still working, thinking I had an hour still until qualifying. My engineer left and then I was in the room on my own, I was in and out quick, I was so happy that it worked and it paid off the way it did,” revealed Hamilton who lies second in the championship standings after seven races.

#F1 Big Question: Is harmony between Lewis and Valtteri merely a temporary thing?