Arrivabene: We are not thinking about contracts now 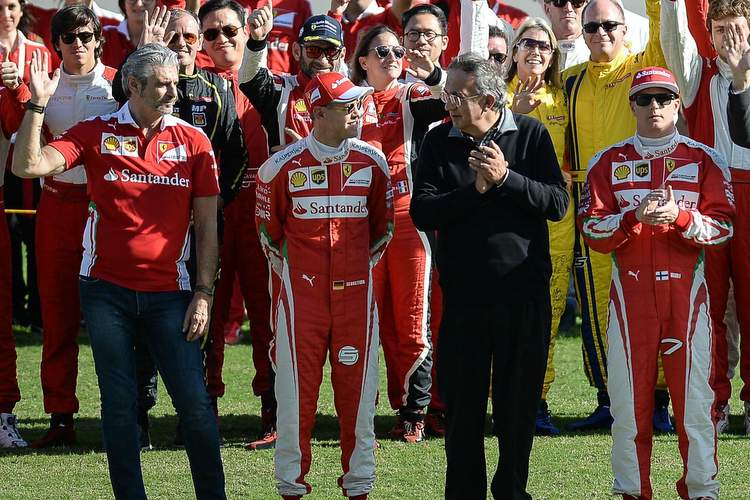 With Sebastian Vettel and Kimi Raikkonen out of contract at the end of this season, Ferrari admit that new deals for their drivers are on the back burner as they focus on the Formula 1 World Championship.

In Montreal team chief Maurizio Arrivabene told journalists, “We are not thinking about contracts now, we are thinking about the championship. They are two separate issues. We are all concentrated.”

“As I have said many, many times we are working all together, including the drivers, we are very focused on our job and I have to say the contract is not an issue,” added Arrivabene.

Vettel, who has been linked with a move to Mercedes, is singing from the same hymn sheet claiming that a new deal is not on the agenda at this point of the season.

He said recently, “At the moment we are concentrating on this season and [my contract] is not a topic. So far we did not have the time to address this. The entire team in Maranello is fully concentrated to keep up the momentum that we have at the moment.”

Last year things were tense within Maranello amid a frustrating and below par season for the team, which apparently triggered talks between Vettel and Mercedes late last year.

Ferrari president Sergio Marchionne acknowledged, “With Sebastian last year, he was very tense because the car was not there.”

“We worked hard to get him a car that is competitive and now the the choice is his. If he is happy in the car, if he likes the car, then he can stay as long as he wants,” added Marchionne.

On the other hand, Raikkonen’s future has been the subject of regular speculation ever since he returned to Ferrari, and before the race in Montreal the veteran Finn did tell reporters, “I have no contract for next year.”

Asked if he knew what his future held, Raikkonen replied, “I have, but it’s nothing I need to share with any of you. It’s none of your business and you keep writing anyhow, it doesn’t change.”

#F1 Big Question: Would new contracts take the pressure off the Ferrari drivers and allow them to focus on the championship?