Inside Line: Senna the greatest qualifier in F1 history 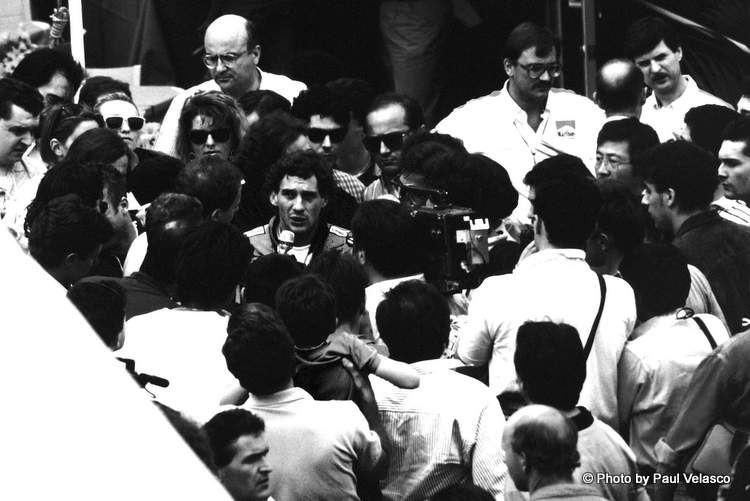 Lewis Hamilton finally matched Ayrton Senna’s record of 65 pole position starts in Formula 1 after his sensational pole winning lap during qualifying for the 50th edition of the Canadian Grand Prix.

While thoroughly deserving of reaching the milestone, and despite immense respect for Lewis, I for one was a tad saddened that Ayrton’s record was matched and no doubt soon to be surpassed by the Briton as also he hunts Michael Schumacher’s all time record of 68 poles.

I do take slight comfort in the fact that the late great Brazilian accomplished the feat in 162 attempts, while Lewis took 195 qualifying sessions to match the total.

For Senna qualifying was his specialty, his raison d’être. It was the hour or two during a grand prix weekend whereby he could prove to himself, and the world, that he was the fastest race driver of his generation, even the best ever. It was a chance for him to flirt with that fine line between unrivaled mastery and total mayhem.

His exploits took place during an era when qualifying was run during a one hour session on Friday and another on Saturday afternoon. There was no shootout or gimmicks. Simply go out there and put the hammer down whenever the desire was there during those sixty minutes.

Ayrton liked to do his times very, very late in the session. Often the last guy to post a time, which added to the drama and apprehension.

It was a time when manufacturers built ‘one lap wonder’ engines designed for one flying lap, with close on 1000 horses on tap, before they grenaded. This coupled to super sticky tyres also specially produced for one hot lap and no more.

The driver that managed to combine these elements into one almighty lap would start the race from top spot, and inevitably it would be the guy in the yellow helmet who did the business in front of an audience – rivals and fans alike – that had grown to anticipate and appreciate the moments he took to the track for those all or nothing laps that are his trademark.

For me personally, as a photographer covering Formula 1 during that period for Associated Press, they are the most memorable moments of my all too brief time track-side, snapping my heroes.

The first standout qualifying – or make that Ayrton event because in retrospect that’s what they were – occurred at the 1988 Monaco Grand Prix, a venue where he may always be unrivaled.

It was that ‘alien’ lap that is now engraved in Formula 1 history. And I was there.

It was 1988 at the Principality. McLaren were the team of the moment, enjoying the best phase of their history (powered by Honda) with Senna in his first year with the team taking on Prost, the fully fledged feud between the two yet to erupt.

That year Monaco was the third race in the Formula 1 championship calendar, Ayrton’s first race at the Principality as a McLaren driver.

As a photographer I was out on track, snapping action at various points during the qualifying session. No apps or gizmos to tell me what-was-what in the standings.

So as Qualy ended I headed down to the make-shift pits and saw Ayrton surrounded by reporters. Literally rows of people keen to get a quote, to be there. A pensive Ayrton speaking quietly among them. Something special had happened. But what?

I made my way back to the media centre, films in hand to give to the darkroom guy tasked with processing them, before editing and transmitting to Assoicated Press desk in London.

At some point Ayrton had made it to the media centre. At the time the drivers were interviewed among the working journos, on a raised platform, in the makeshift and crowded media centre.

Waiting around, I took in what was happening. Ayrton was quiet, tired, sitting there waiting for the questions to start. When they did he answered in a soft voice, deliberate, punctuated by pauses.

A journo whispering to another was met with a glare from the Brazilian. A pin dropping could have been heard in the packed room, before he resumed.

To an audience transfixed he said, “I was already on pole, then by half a second and then one second and I just kept going. Suddenly I was nearly two seconds faster than anybody else, including my team mate with the same car.”

“I realised that I was no longer driving the car consciously. I was driving it by a kind of instinct, only I was in a different dimension. It was like I was in a tunnel. Not only the tunnel under the hotel, but the whole circuit was a tunnel. I was just going and going, more and more and more and more. I was way over the limit, but still able to find even more.”

“Then suddenly something just kicked me. I kind of woke up and realised that I was in a different atmosphere than you normally are. My immediate reaction was to back off, slow down. I drove slowly back to the pits and I didn’t want to go out any more that day.”

“It frightened me because I was well beyond my conscious understanding. It happens rarely but I keep these experiences very much alive inside me because it is something that is important for self-preservation.”

It was one of his most astounding Formula 1 qualifying accomplishments ever. At the end of the Friday qualy session, that weekend in Monte Carlo, Ayrton was 1.9 seconds faster than teammate Prost and in Saturday’s session he was 1.42 seconds up on the Frenchman.

It was another ‘you had to be there moment’ which transfixed even the most seasoned journos in the room that day. For me, a long time Senna fan, it confirmed the guy was no mere mortal. He was special.

I admit that out on track that day, up against the barriers snapping away at the action, I was oblivious to what was going on. It only dawned on me when I listened to the post qualy interview, that I had witnessed something very special, historic. We moved many Ayrton pictures that evening…

The second unforgettable ‘lap’ (make that event) for me was during qualifying for the 1990 Spanish Grand Prix at Jerez de la Frontera.

During Friday practice for the race Martin Donnelly’s Lotus slammed the barrier (at what is now called Curva Alex Criville) at 225 km/h it disintegrated into pieces. The chassis split in two and Donnelly ended up on the track still strapped to his seat.

I was not far from the scene, although I missed the impact, I had a good view with my 500mm lense and snapped away.

It was eerie, watching, snapping Donnelly face down, awkward, almost lifeless, face down on the middle of the track, buckled to his seat, with yellow bits of his Lotus scattered around.

Professor Sid Watkins and his medical crew were there fast, and after a few minutes the red suited to my surprise Ayrton arrived at the scene too. He had run there from the pits.

He watched intently as the rescue workers toiled to get Donnelly into an ambulance and save his life. For hours, if not days, thereafter his condition teetered between life and death. Thankfully he survived.

But the Lotus driver’s injuries were intensive with X-rays showing he had bruised lungs, bruising to the brain and substantial loss of blood. The impact cracked his race helmet, and both his legs were shattered.

Professor Watkins stabilised Donnelly at the track hospital before he was airlifted to the hospital in Seville. It was a near death experience for the Irishman who also suffered kidney failure and nearly had his right leg amputated. It was a miracle he survived.

But I digress, because the point of this tale is what transpired hours later during Friday qualifying.

Ayrton, visibly distraught at what he had seen, contemplated missing the first qualifying session. But then decided to partake.

At which point he delivered one of those masterful laps, packed with courage and bravery to scorch around Jerez faster than anyone had ever been and claim the top time by 1.126 seconds over his closest rival, namely McLaren teammate Alain Prost.

A day later he went even quicker! But the Friday lap, under the circumstances, was the stuff of legend, a moment in time that is firmly etched in my mind.

The emotions on that day, up-and-down the pit lane, I cannot describe in words. It was out of this world stuff.

Again one of those ‘you had to be there moments’ to fully understand the mix of sentiments that encompass the prospect of looming death macabrely married to the euphoria of immense achievement.

That’s what Ayrton conjured to all present there that day. It was a conflict of emotions that I have not experienced since and to this day still sends chills up my spine.

Indeed the record books show that Hamilton has now matched his idol’s record of top spot starts, and I applaud him for a tremendous achievement and I am sure Schumi’s all time record will fall too.

But I also have slight remorse because for me personally Ayrton will always be the greatest F1 qualifier of all time no matter what the record books show.

Big Question: What was the greatest Ayrton qualifying moment?