Wolff: No surprise if Rosberg returns with Ferrari 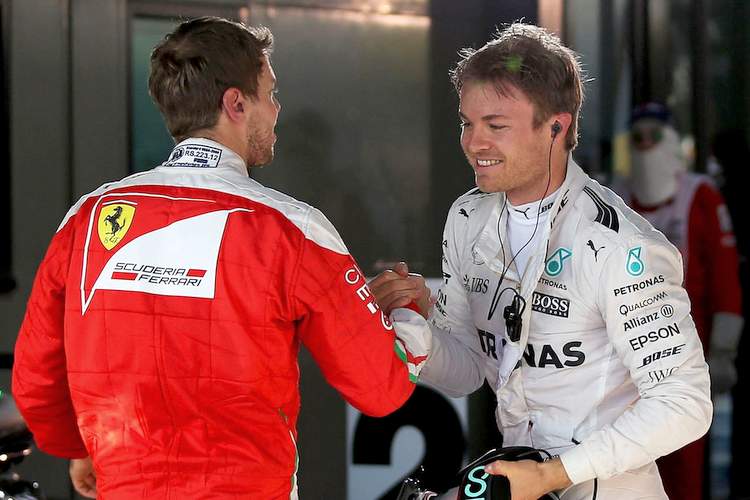 Mercedes chief Toto Wolff hinted that we perhaps have not sen the last of Nico Rosberg, and even suggested that the 2016 Formula 1 World Champion may pop up as a Ferrari driver at some point in the future.

Speaking during a lunch with local journalists in Canada, Wolff said of Rosberg, “I tell you one thing: “I wouldn’t be surprised if he changed his mind in a year and reappears in a Ferrari.”

“Nico is only 31 years old. If he is unfortunate, he still lives another 70 years!” he added with a laugh.

“I think that when he took the decision to retire it was because it was just too much. It was a very stressful year — very stressful years against probably the best driver in Formula 1. And he felt at that stage exhausted. That’s how he appeared to me.”” explained Wolff

Asked if he was speaking on a hunch, Wolff replied cheekily,  “No, I just want to create some stories.”

However Rosberg, who quit the sport unexpectedly at the end of last year after clinching his one and only F1 world title, insisted recently in Monaco, “My time in F1 is over. I am happy and proud of my career, the results and successes that I had. That fulfills me a great deal. But it is now in the past and I plan to do new things.”

However unlikely such a scenario might be, Rosberg would be an interesting fit at Ferrari as teammate to Sebastian Vettel when Kimi Raikkonen decides to hang up his helmet or the decision is made for him.

Rosberg quit unexpectedly at the peak of his career, having clinched the world title after a high pressure season where he went toe-to-toe with Mercedes teammate Lewis Hamilton. He retired with 206 grand prix starts on his CV, finishing on the podium 57 times, on 23 of those occasions he stood on the top step.

#F1 Big Question: Would a Ferrari drive tempt Nico back to F1?