Arrivabene: Our race was compromised right from the start 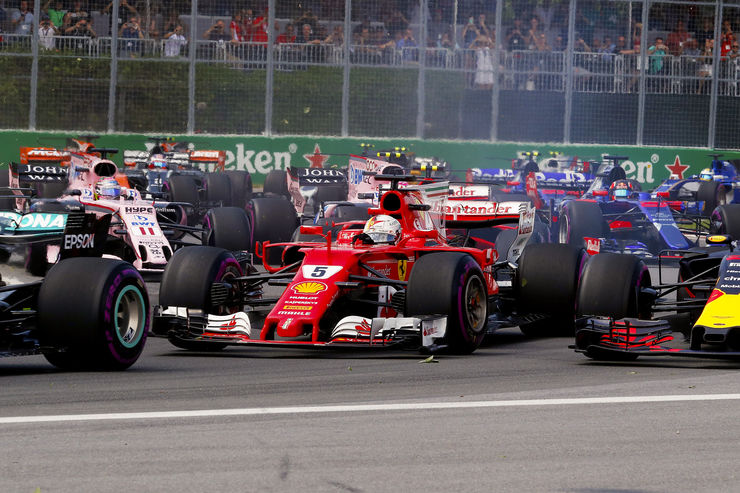 Ferrari team chief Maurizio Arrivabene blamed a hectic first lap melee for his team’s below par result at the Canadian Grand Prix, while insisting again that team orders between championship leader Sebastian Vettel and Kimi Raikkonen are not in play.

Speaking after the race at Circuit Gilles Villeneuve, Arrivabene said, “Unfortunately, our race was compromised right from the start, when Seb’s car was damaged so he was no longer able to give it his best shot. Initially, our data showed the damage was not too serious. It was only in the following laps that the wing broke, causing further damage to the turning vanes and the floor.”

“As for Kimi, towards the end he had a problem with the braking system control. Right from [Monday] in Maranello we will carry out a detailed analysis of the race, making the most of the data gathered as we prepare as well as possible for the next round in Baku,” he added.

Ferrari have a very capable car in the SF70H, but if there is one Achilles Heel this year for them it has been the starts. Last month they allocated their filming day at Mugello to practice starts in an effort to address the problem.

But truth is that in Montreal both the red cars laboured off the line, and were inevitably engulfed by the pack which then triggered the contact that broke Vettel’s front wing.

The Reds, who two weeks earlier dominated in Monte Carlo with a one-two finish, were fourth (Vettel) and seventh (Raikkonen) when the chequered flag waved in Montreal.

Again there was a murmur of team orders as Vettel’s charge through the field coincided with Raikkonen’s brake problem, the German getting by the veteran Finn with no effort,

The question of team orders surfaced after Monaco where there was a suspicion, in some quarters, that Ferrari favoured race winner Vettel at the expense of Raikkonen.

But before the race in Canada, Arrivabene insisted, “I always said that it is not that situation in the team. We are looking forward to the championship and we do all our best to win the constructors’ championship.”

“That trophy, if you are able to win, stays at home, but the driver trophy goes to the driver, of course.”

“I was very clear since the beginning of the season in our rules of engagement: the team is above everything until the numbers are going on one direction or in the other direction.”

“I’m talking about the drivers’ championship -but there are no team orders. This is very clear and the drivers accept it,” he added.