Vettel: We have the pace to win 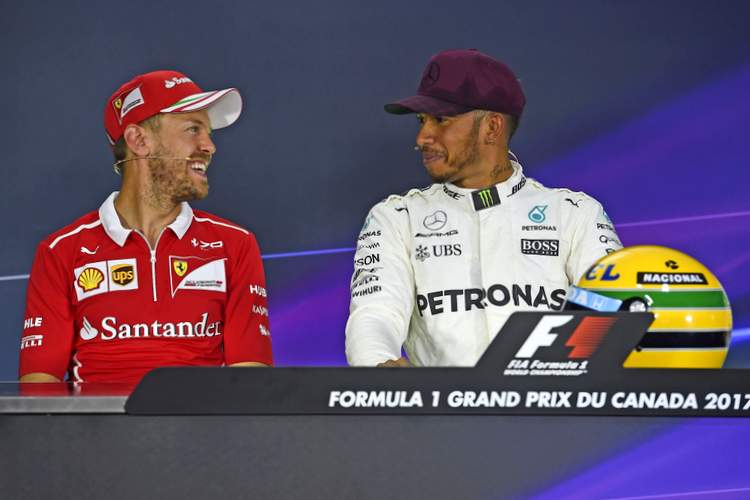 Sebastian Vettel conceded that he was outpaced by “the better man” in qualifying, but is adamant that his Ferrari will have the pace to carry him to victory in the Canadian Grand Prix.

Speaking to reporters after Hamilton’s 65th career pole position – equalling Ayrton Senna’s total – had put Mercedes at the front of the grid, the four-time champion German was adamant that he can still win the race.

Vettel was fastest in Saturday morning’s third and final free practice session, but was only second best in the afternoon qualifying when he was outpaced by three-tenths of a second.

“I think we always expected Mercedes to be very quick, especially in the last segment,” Vettel said. “Lewis did a better job today and he got a good lap. He was the better man [in qualifying].

“I thought we could step it up and find a bit of time. I lost a bit into Turn Two, and then lost two-tenths out of the second corner and then I knew I had to catch up, which I did until the end of the lap.”

“The car was very good and I was happy this morning so we should be good in the race. I think we have the pace to win,” added Vettel who has 129 points after winning three of the six races in this year’s championship and leads Hamilton by 25 points.