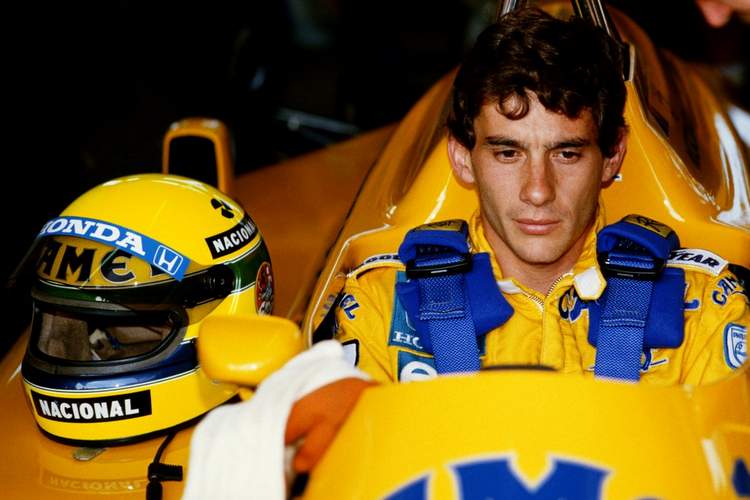 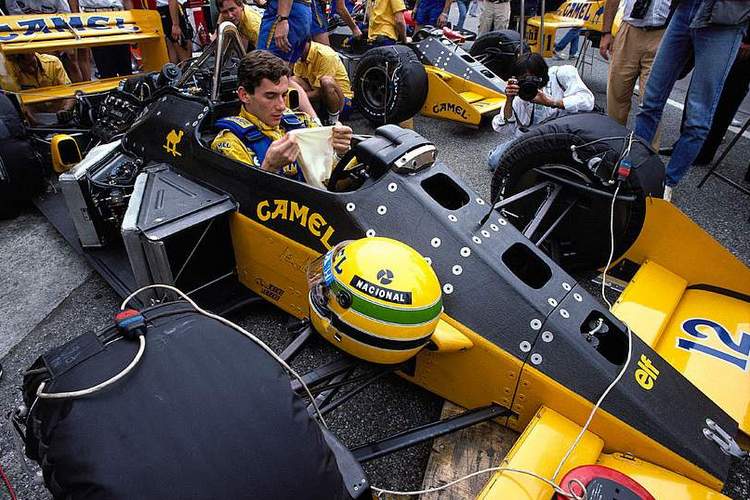 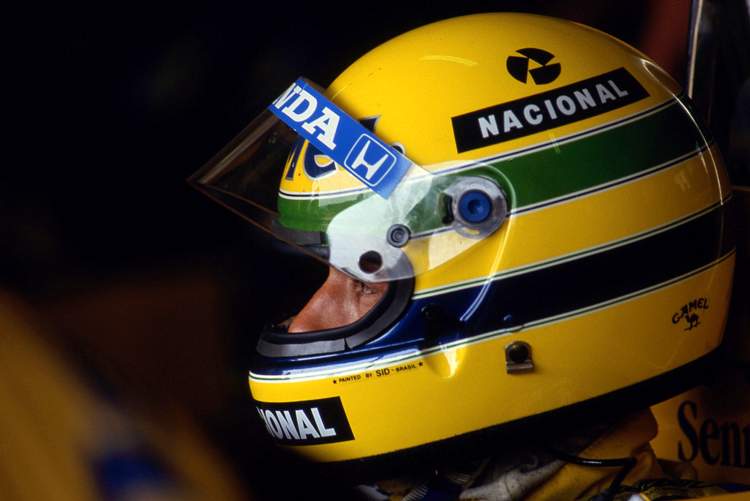 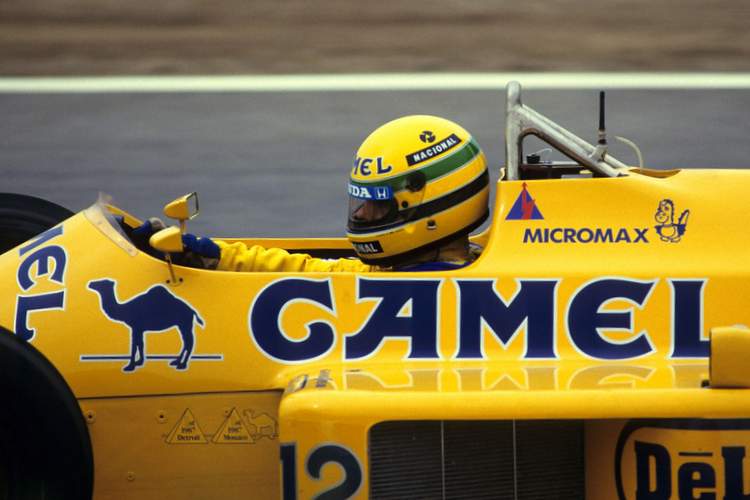 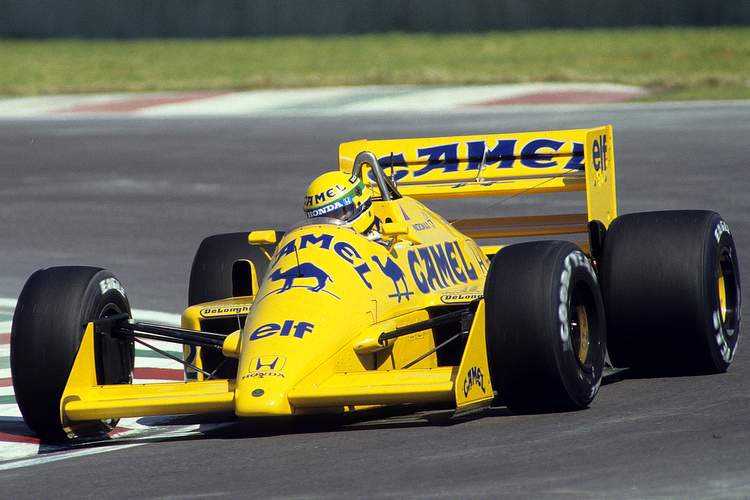 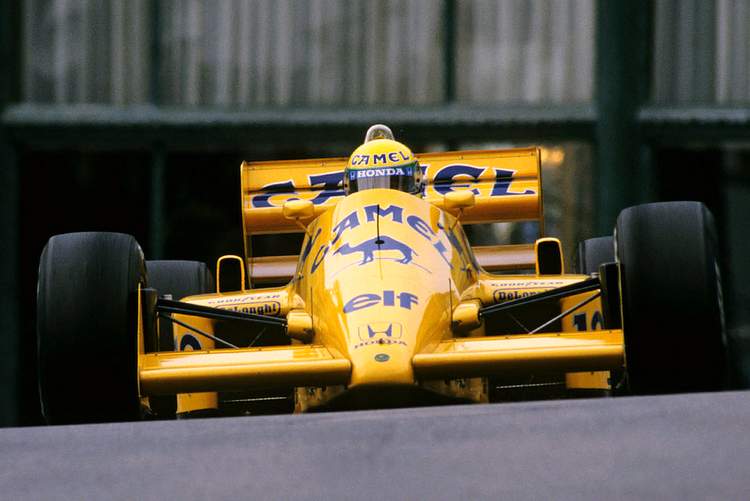 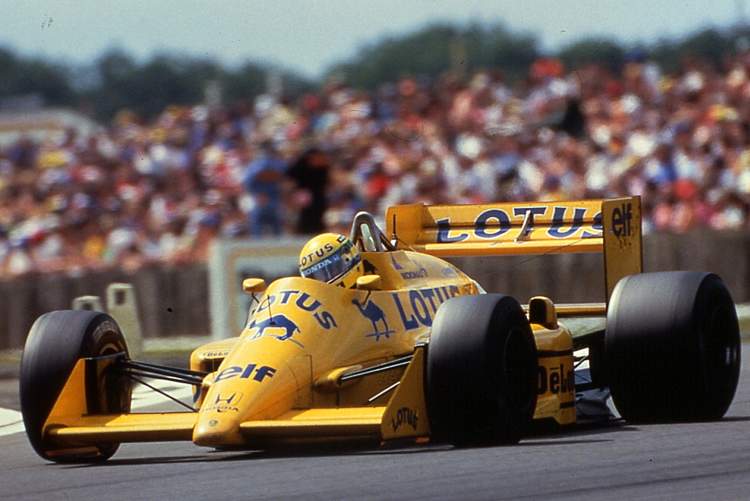 It was one of those precious moments we will remember forever… after claiming a sensational pole for the 50th edition of the Canadian Grand Prix, Lewis Hamilton was gifted a race-worn helmet used by Ayrton Senna – a heart warming gesture from the Senna family – which reduced the Briton to tears as he matched the great Brazilian’s record 65 pole positions in Formula 1.

The visuals of the moment are well captured, Formula 1 fans were united in their praise for the gesture as well as the true surprise and genuine emotion shown by Hamilton when presented with what will rate as his most precious ‘trophy’.

The helmet in question was worn by Senna during the 1987 Formula 1 World Championship season when Lotus (powered by Honda) were sponsored by Camel, hence the sticker above the visor on the helmet presented to Hamilton.

Lotus had replaced the iconic black and gold, of their long time sponsor JPS, with the bright yellow Camel branding when the RJ Reynolds Tobacco Company was at its peak in Formula 1 sponsorship.

That year Senna won the Monaco Grand Prix and the Detroit Grand Prix in the yellow colours of Camel, finished on the podium eight times and finished third in the championship, behind the almighty Williams-Hondas of Nelson Piquet and Nigel Mansell.

1987 was the final year of Senna’s three seasons with Lotus, before his move in 1988 to McLaren where Marlboro replaced Camel on his overalls. Thus ended one chapter and began another of the legend that his life story has become.

The helmet that Hamilton will place on his mantle-piece, of his childhood idol, has an important place in Formula 1 history and one that the Briton will cherish. A priceless treasure gifted by the Senna family.

He said on the day, after matching Senna’s 65 pole positions, “Wow, I am shaking. I am speechless. Ayrton was my favourite driver. He inspired me to be where I am today. To receive this is a great honour. Thank you to the Senna family.”