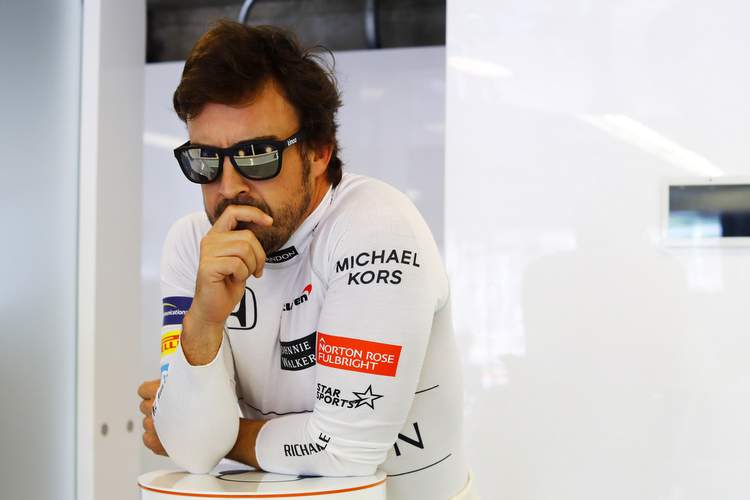 Although Fernando Alonso only qualified 12th for the Canadian Grand Prix, after which the McLaren driver said the result was like pole position for him and his beleaguered team.

Amid headline grabbing reports suggesting a split between Honda and McLaren is imminent, Alonso returned from his high profile Indy 500 foray to the reality of his problem packed Formula 1 season.

A hydraulic issue in the first free practice session cut short valuable track time for him on the opening day. The second day of the weekend in Montreal was kinder to the Spaniard, but at the end of qualifying he was still 1.2 seconds off Lewis Hamilton’s pole winning time.

Speaking to reporters afterwards, Alonso said, “The truth is that it went better than we expected and this is the maximum we could have done.”

“Twice I scraped the wall, I finished again ahead of my teammate, which is always the first goal for any driver, and to get within 1.2 seconds of the best time in Q2, with the power deficit we have, it’s clearly like pole position for us.”

“It was the best performance of the year, for sure,” added the double F1 World Champion whose top speed through the speed trap at Circuit Gilles Villeneuve was 10 km/h slower than the Mercedes.

“I’ll try to collect some points. To finish the race won’t be easy with all the reliability issues we have been facing, hopefully we’ll managed to do that inside the top ten, as that’s the main goal. In Spain I actually started 7th but it was difficult to overtake because we were very slow down the straights.”

“Besides, with this engine we have to do a lot of fuel saving, we need to open the car to get as much cooling as possible to the radiators as the engine gets really hot and all that affects the performance,” revealed Alonso who won the Canadian Grand Prix in 2006.