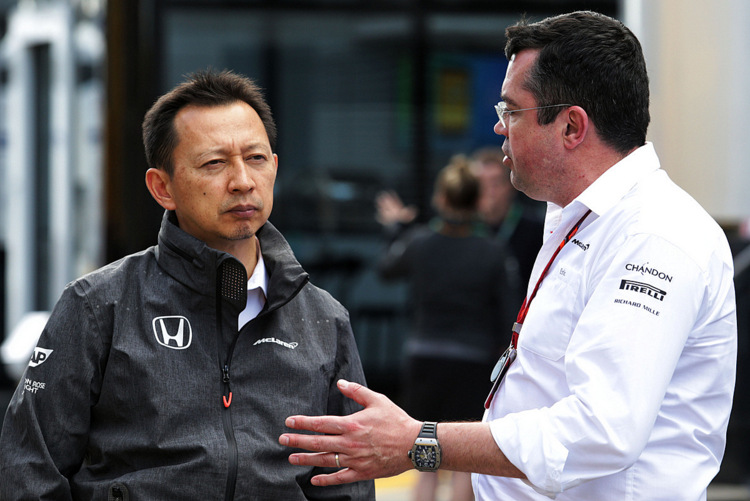 McLaren and Honda are clearly at the nadir of their partnership and the paddock is anticipating a split between the two organisations, which at one point in history enjoyed a hugely successful spell in the history of Formula 1.

Ahead of the Canadian Grand Prix weekend, McLaren chief Zak Brown had some choice words for Honda and now the team’s racing director Eric Boullier is pulling no punches in an interview with the official Formula 1 website.

Asked about the current situation with Honda, Boullier said, “We have never been so close to that fork. The performance went backwards. We have the support from our executive committee to sort this out because we can’t go on like this – going backwards.”

“Like any professional organisation you sit down and say ‘we have to speak about targets, speak about commitment’ – and we can’t miss targets constantly. That is where the fork on the road comes from.”

Perhaps the major problem is that McLaren and Honda work on separate programmes, and at each race weekend they marry the various elements in a manner that is obviously not working.

“Our own development programme is totally independent from the engine side,” explained Boullier. “We were expecting an engine update for this weekend and all the discussions we have now are the result of not having it.”

Although Fernando Alonso ended day one in Montreal seventh fastest he was plagued with problems, in FP1 he was forced to stop with an hydraulic problem. At the end of the day he managed only 32 laps while their rivals racked up between 60 and 70 laps.

Disappointment, frustration and anger describe the prevailing emotions in the team’s pit garage, “It’s not about disappointment. It is about frustration. When you don’t have results at a team like McLaren – and part of the journey I was hired for was to deliver a winning chassis – that is frustrating.”

“But it was never only developing an excellent chassis but also developing the company and despite all the stories around us, the poor performance on track and so on, we have an excellent spirit in the team. As I just said it is not about disappointment, but all about frustration.”

“There is a point now where we need to have the same commitment and efficiency from our partners,” mused the Frenchman.

Many blame the excessively complex engine formula and ask if a giant such as Honda, with an illustrious racing pedigree, cannot make a go of it which manufacturer will be enticed to embark on a Formula 1 project.

Boullier’s idea of an effective engine is one that is echoed in the paddock, “Very simple: a lot of power, a lot of noise, excellent drive-ability and a decent price.”

“It would be great to have a simpler, noisier and cheaper engine – and that could be the entrance for an independent manufacturer joining – but we also have to make sure that the power differentiation is not as big as it is today.”

It is also clear there is no formula to please everybody. So one of the key issues will be where F1 should be from 2020 onward. Will it be a franchise business? Does it suit car manufacturers still?”

“There are teams whose core business is racing like Sauber, McLaren, Williams or Ferrari – and then there are the car manufacturers like Renault or Mercedes for whom racing is not their core business. Everything is interconnected – and a lot evolves around the engine situation…”

As for his expectations in Canada, Boullier said with a laugh, “I am expecting to have a nice lobster!”

“But seriously: the power deficit on this track hurts us – but still we can play with the set-up. It will not be as easy to make it into Q3 as it was in Monaco – but there are chances!” he added.

McLaren and Honda won eight F1 World Championship titles between 1988 and 1991 but since their reunification, in 2015, results have been scarce and problems constant with little light at the end of the tunnel.

Big Question: Is this the beginning of the end for McLaren and Honda?