Vettel: It might seem funny but new contract is not a topic 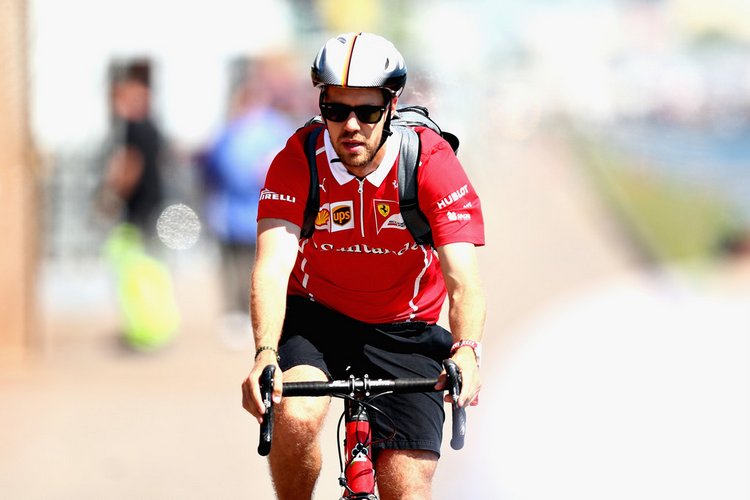 Sebastian Vettel is adamant that contract talks between him and Ferrari are not on the table at Maranello as the team focus entirely on the championship battle which he and his team lead ahead of the Canadian Grand Prix weekend.

In Montreal when asked if a contract extension was on the agenda, Vettel replied, “It might sound funny, but at the moment we are concentrating on this season and this is not a topic. So far we did not have the time to address this. The entire team in Maranello is fully concentrated to keep up the momentum that we have at the moment.”

After the first six rounds it appears that Ferrari have the upper-hand in their race against Mercedes, but Vettel revealed that it has not always been plain sailing this season.

“We do a lot of work,” he explained to reporters. “We got it wrong Friday in Barcelona, on a track where you’ve usually got the setup covered, but we recovered for Saturday, which was good. I don’t know about the other cars, I heard other cars are really difficult to drive.”

“I don’t think it’s easy to find the perfect setup, but we have plenty of choice that’s the problem. If you only had two bars, it’s easy to set it up, but there’s so many things you can do. I don’t know, I think we just keep it quiet and just try to do our job,” ventured the quadruple Formula 1 World Champion.

Vettel will be trying to win his second Canadian Grand Prix on Sunday, he won the race back in 2013 with Red Bull, while Ferrari have not won in Montreal since 2004 when Michael Schumacher scored the last of his record breaking seven wins at Circuit Gilles Villeneuve.