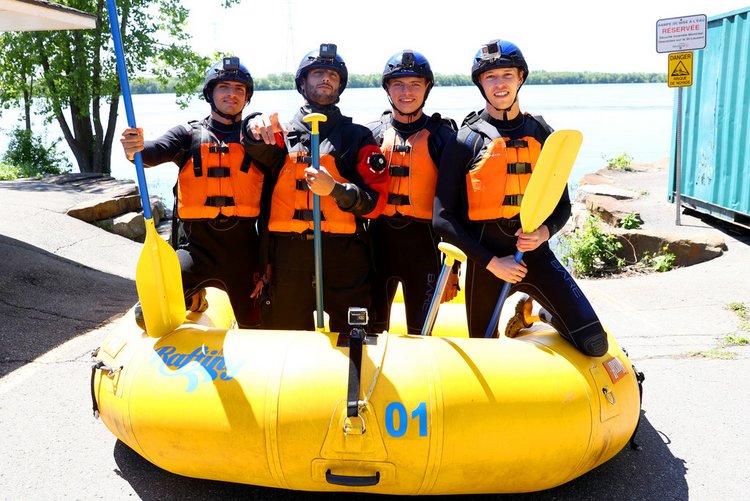 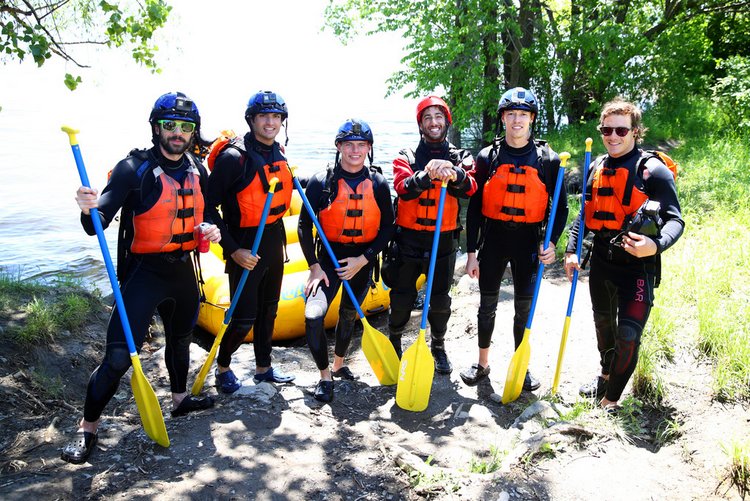 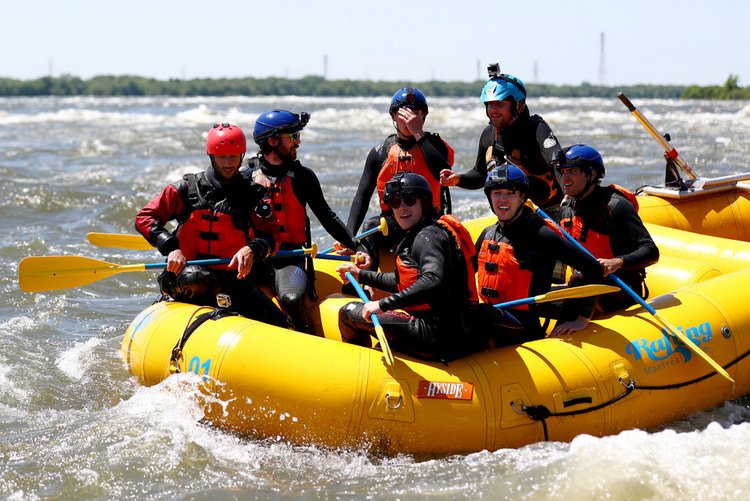 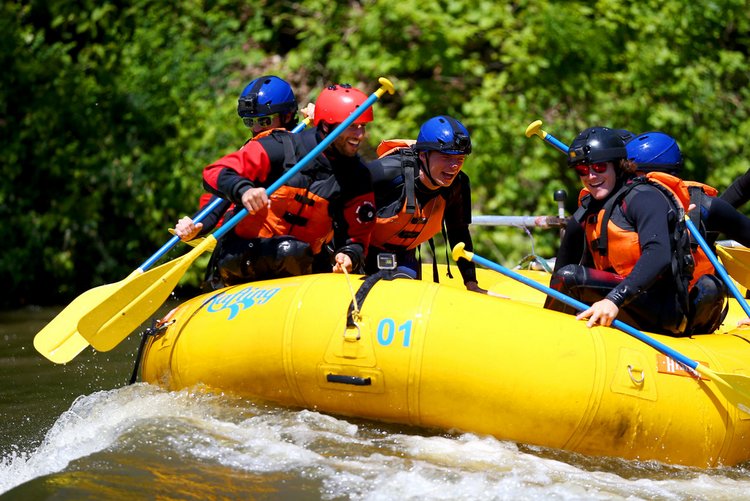 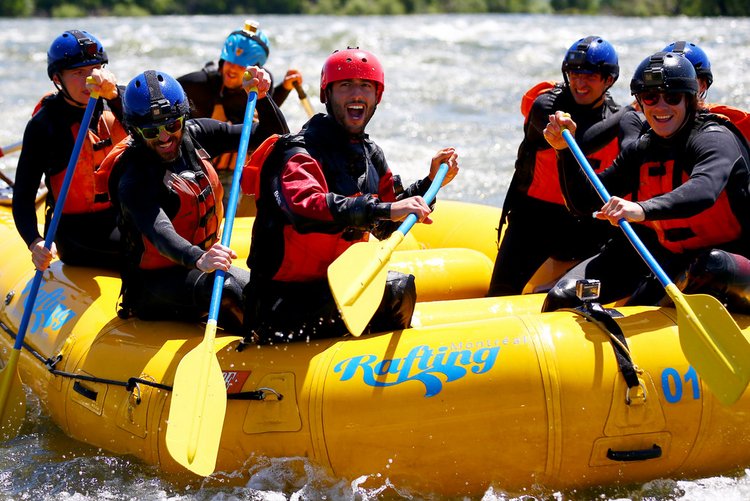 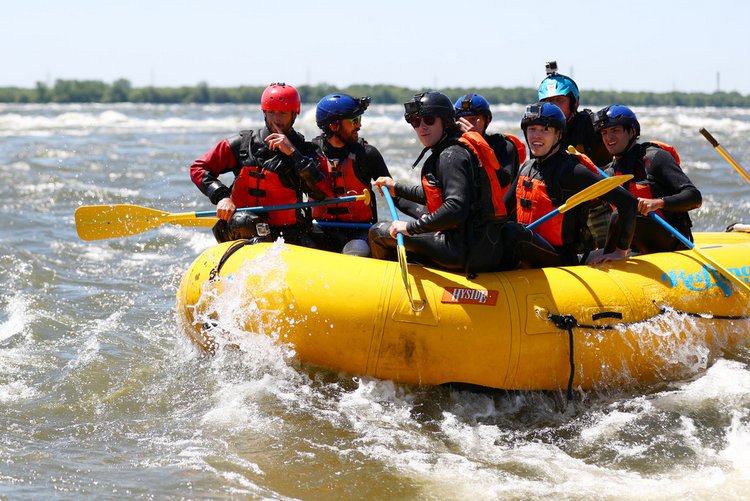 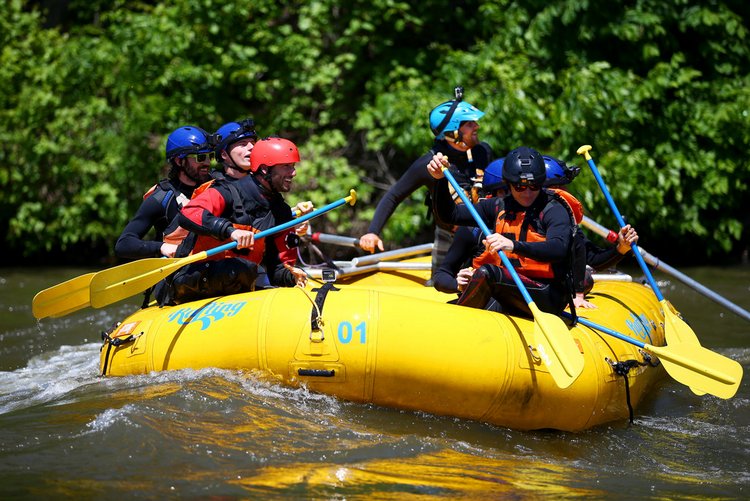 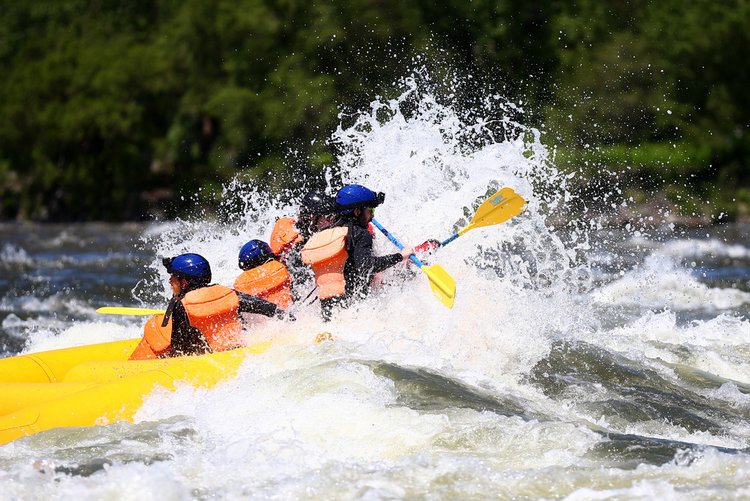 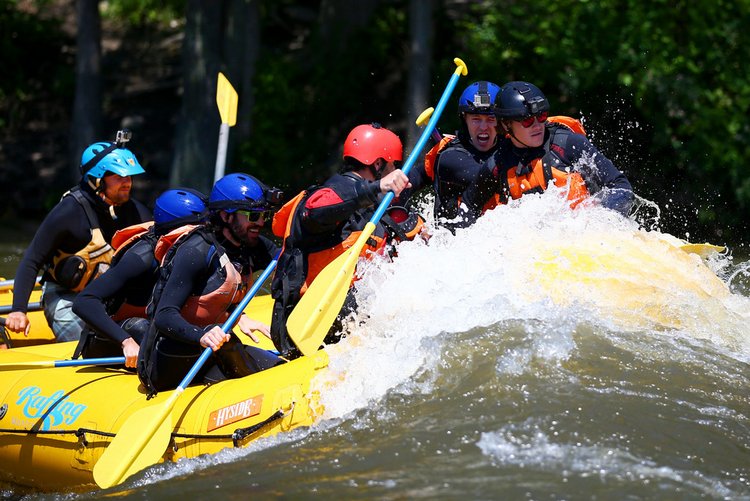 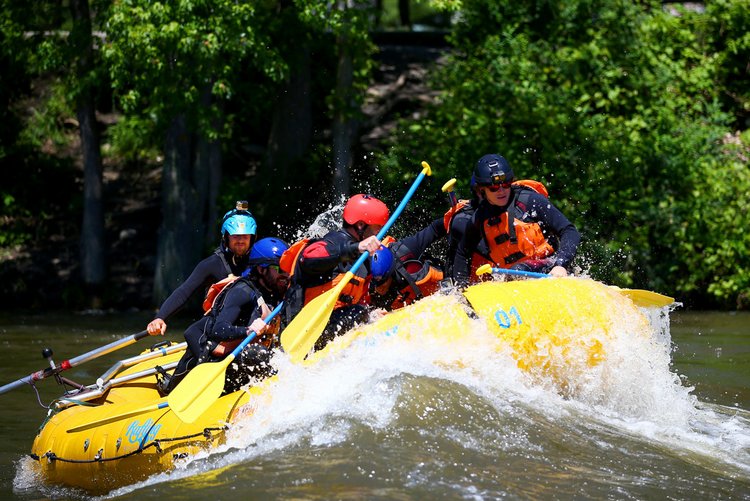 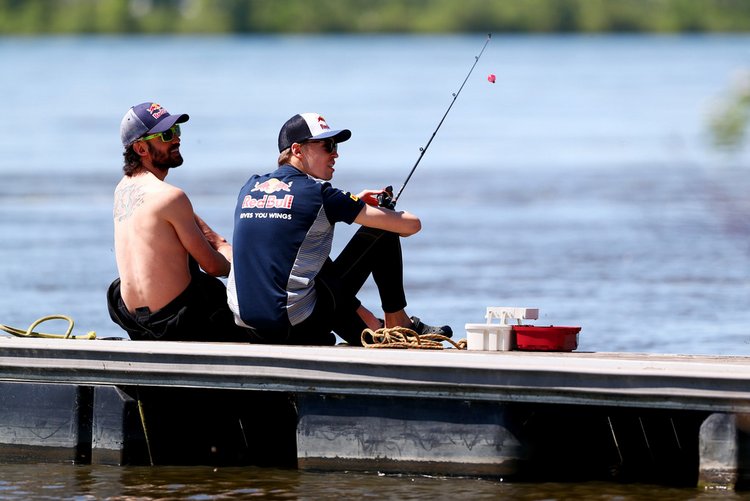 It’s a big weekend for Red Bull Racing in Montréal – but it wouldn’t be the Canadian Grand Prix if Daniel and Max didn’t start their residency with something to get the adrenaline pumping and the lawyers checking our liability insurance very carefully.

This year they headed south of the city to the LaChine rapids to catch a little white water. They survived the ordeal and we’re expecting both to be dry and to have stopped giggling in time for FP1 on Friday.

The boys descended the mighty St Lawrence as part of a proper Red Bull family affair. They had Toro Rosso’s Daniil Kvyat and Carlos Sainz alongside, and a couple of local guides in the shape of Erik Guay, Alpine skiing World Championship gold medallist in Downhill and Super-G, and Sebastien Toutant, X-Games gold medallist snowboarder – both of whom are native Montréalais.

Starting off from LaSalle, they ran rapids before beaching in the city. While the jet boat experience is a popular pastime on this stretch of water, our guys were strictly old school, paddling for their lives in an inflatable. “I loved it,” said Carlos Sainz. “When you get close to those big waves the adrenaline really kicks in and suddenly the waves look three times as big – massive rush!

For all four drivers it was their first white-water dunking, a fact which Max says made the initial descent a little fraught. “You really don’t know just how stable the boat is until you hit the first wave. After that – when you realise it’s pretty stable – you can start to really enjoy it. Wow!”

“I wouldn’t mind coming back and doing it again – because the adrenaline rush was intense,” added Dany.

Afterwards, the drivers met the press for a series of TV spots and print interviews as attention turned a few kilometres downriver to the Île Notre-Dame and the Circuit Gilles Villeneuve.

“I love this grand prix,” said Daniel, a winner here in 2014. “I’ve been on the podium in Spain and Monaco, so it I can make it back-to-back-to-back podiums, that would be awesome. It’s absolutely the target but we know Ferrari and Mercedes are going to be really strong. We’ll try to engineer an opportunity – but also make sure we have some fun. It’s a good track, and it can bite you. Like Monaco, if you make a mistake you pay for it. I can’t wait to get out there.”