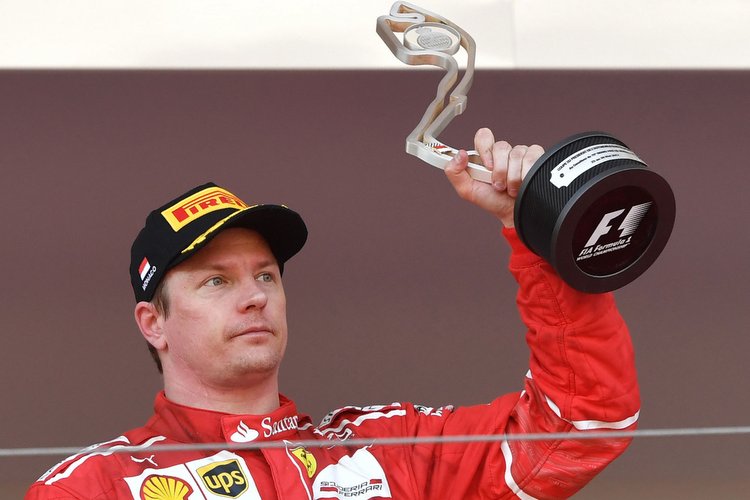 Ahead of the Canadian Grand Prix weekend, Kimi Raikkonen stuck with Ferrari’s position and denied widespread claims that his world championship leading teammate Sebastian Vettel had official No 1 status.

Eleven days after his gloomy silences in answer to questions that followed him being re-positioned behind German Vettel by Ferrari’s controversial pit-stop strategy at the Monaco Grand Prix, the Finn was quick to reply to reporters ahead of Round 7 of the championship in Montreal.

“No, we don’t have anything,” he said, in answer to a direct question about four-time champion Vettel’s status. “But when it comes to that point in the season when a guy has a chance and the other guy doesn’t have a chance, it’s normal.”

Vettel’s principal title rival three-time champion Briton Lewis Hamilton and many paddock observers had viewed the manner in which Ferrari executed their pit stops in Monte Carlo as clear evidence that the Italian team favoured the German.

Raikkonen had started from pole position and was leading the race when he was called in early, gifting Vettel a clear chance to secure the race leadership and his third win in six races this year.

Hamilton has won twice and his Mercdes teammate Finn Valtteri Bottas once in the other three as they have engaged in what promises to be a season-long scrap for the titles.

Asked about Hamilton’s comments, 2007 champion Raikkonen said: “I don’t know how much he knows about other teams. Whatever he thinks is fine for me. We know what we do and sometimes this kind of things happen. It’s nothing unusual.”

“We can race, yes. We know our rules. We know what the team wants and it’s simple as that. We race as hard as we can. We always try to beat each other.”

Vettel reiterated that he is not the team’s number one, “At this point of year, it makes no sense because you have so many races to go. We are not trying to waste energy on what people think we are doing. We are doing our best and we have a clear policy.”

Raikkonen denied that his miserable demeanour in Monaco had been caused by the team’s strategic decisions, but was due only to the result.

He also declined to make any comment on his plans for next year. His contract with Ferrari ends at the end of this season.