No panic as Mercedes prepare for Canada 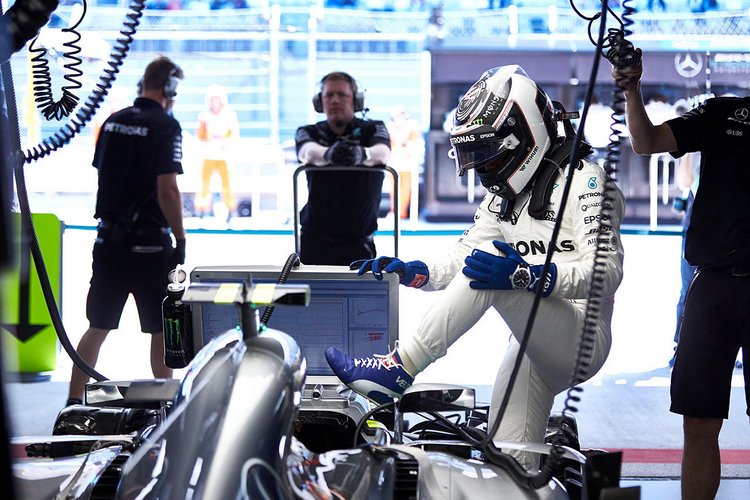 There was a sense of urgency, but no panic, as Formula 1 world champions and self-proclaimed underdogs Mercedes prepared to take the fight to Ferrari at the Canadian Grand Prix this weekend.

Following a disappointing effort in Monaco where their Italian arch-rivals swept to a one-two finish, Mercedes have returned to a happy hunting ground for Lewis Hamilton and Valtteri Bottas.

Triple champion Hamilton has triumphed five times on the island track, including the last two years, while team mate Bottas was on the podium at the Circuit Gilles Villeneuve in 2015 and 2016 with Williams.

“Sure we need to make the car better, quicker, faster — obviously there is still a long way to go and no massive panic,” said Bottas, who replaced retired champion Nico Rosberg at the team in January.

“Every bad race we have we are losing points to Ferrari so for sure we need to pick up some pace, make the car better, quicker, improve mechanically…anything is going to help. Hopefully we will be winning sooner rather than later.

“From the first year I came here I felt comfortable with the track. I can’t say it is my favourite but in general it has been good for me,” added the Finn.

If Mercedes cannot find their mojo again soon, they can expect to see Ferrari pull away at the top of both the drivers’ and constructors’ standings.

Ferrari’s Sebastian Vettel has won three of the six races so far, with Hamilton 25 points behind after two victories. Bottas won in Russia.

“We’ve obviously seen that Ferrari are quickest at the moment, so they’re the favourites, but we’ve worked very hard to rectify the issues we had in the last race,” said Hamilton, who has also started from pole in Canada five times.

“We’ve got some unique bits on the car I think which will work well this weekend.”

Bottas said Montreal required a more aggressive approach than some other tracks.

Big Question: Can Mercedes regain the upper-hand in Canada?