Inside Line: McLaren-Honda itchy finger on the trigger 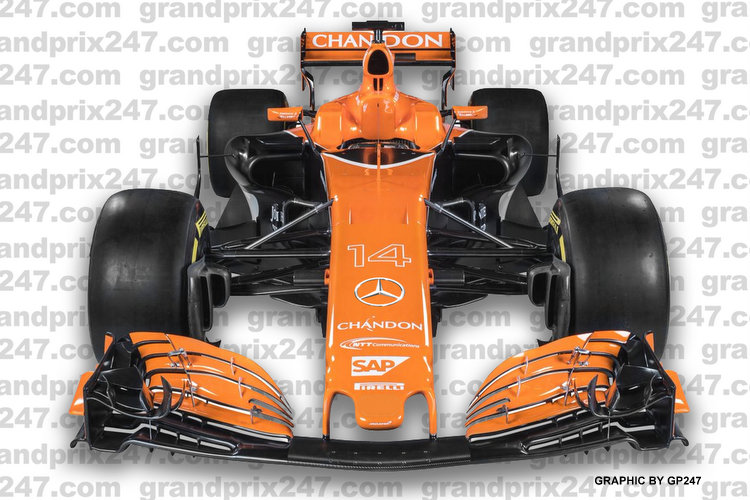 Talk of a McLaren Honda divorce is dominating headlines ahead of the Canadian Grand Prix, and the longer talk goes on the more damage will be created between the two parties.

In life protracted divorces tend to be messy. People tend to stay together for the sake of the children and/or the house or whatever. But inevitably the split does happen and the longer it takes the more traumatic and damaging it becomes. ‘War of the Roses’ springs to mind…

From the sidelines it is agonising to watch McLaren’s fall from grace as they try and accommodate Honda’s glaring deficiencies. Formula 1 needs a strong McLaren, after all they are the sport’s second most successful team, steeped in history and success.

Right now they are a sliver of what they have been and things must change, but in the world of modern Formula 1 it will not be a simple split.

By all accounts the MCL32 is a handy chassis, which is a good starting point. And it would not come as a surprise if (in some corner of the futuristic McLaren Technology Centre) a special team of engineers is already busy marrying the Mercedes M08 EQ Power+ engine to a ‘MCL32B’ in anticipation of a call from Zak Brown’s office of rolling out a McLaren-Mercedes for the first time since 2014.

Mercedes are more than likely capable of supplying power units at short notice because they will have in their garage a quota of engines, earmarked at the beginning of the year for the now defunct Manor team, gathering dust, but be warned that it is not a simple bolt on exercise.

Meanwhile, Brown is shrewd and he knows that his team have the sympathy vote from fans and the F1 paddock alike. Honda are the ‘bad guys’ in the current scenario and dropping them will earn universal brownie points. And is sure to galvanise the team’s workforce who are increasingly disdainful of what Honda has meant to their company… pure heartache and pointless hard graft, with no end in sight.

McLaren’s biggest asset at the moment is Fernando Alonso, and to hold on to him they need to provide a winning car before September. Report here>>>

Truth is the Spaniard does not have a load of winning team options to move to on the grid. Mercedes, Ferrari and Red Bull don’t need or want him. Renault is the likely destination should he pack his bags and walk. But they are hardly a winning outfit right now, their race winning schedule only kicks in after 2018 and by then it is no means a given that they will be battling for victories at that point.

There is no way that Honda will deliver a race winning power unit by the September deadline. By their own admission they are stumped by the technology and their increasingly comical F1 chief Yusuke Hasegawa has run out of excuses.

A bolt on Mercedes job is also unlikely to be the winning combo Alonso is demanding, but it would be a step in the right direction and may pacify the double world champion who is so intent on a third title. At least he will be able to run high up the field if the McLaren and Mercedes engineers get their sums right

It is no secret that ditching Honda has huge financial repercussions for McLaren. Some suggest that they will lose around $40-million in funding.

Nevertheless, team chief Brown has to make a crucial call: divorce Honda and take the short-term big bucks knock. Then hope that a McLaren-Mercedes will perform better and with it in the medium-term attract sponsors which have abandoned ship on a regular basis since the alliance with the Japanese manufacturer never got off the ground.

Some will argue that a customer team, which McLaren will become, has no chance against the works outfits in F1. However one could cite Red Bull as an example of what can be achieved buying engines from a manufacturer.

It is not ideal, as Red Bull’s rocky marriage with Renault has proven, but it can be done. For sure it is a tough prospect, but surely it cannot be as pitiful as McLaren’s  road to nowhere arrangement with Honda.

Right now there are tough decisions to be made by McLaren bosses, maybe the call has already been made and the divorce proceedings are already underway.

Whatever the case it has become quite clear that the gun is out, loaded and an itchy finger on the trigger.