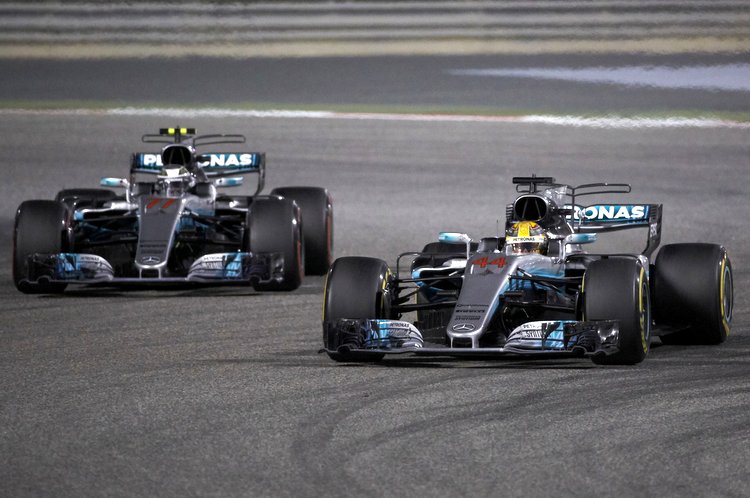 Former F1 driver Marc Surer, turned pundit, claims that all the evidence from the first six races of the season suggest that Mercedes are employing blatant team orders while Ferrari have yet to do so.

In the aftermath of the Monaco Grand Prix, Ferrari were accused of favouring Sebastian Vettel at the expense of Kimi Raikkonen. On the day Vettel led Raikkonen to a one-two for the Reds, which sparked a massive debate suggesting that their pitwall engineered the result.

Surer told Sky Germany, “You cannot accuse Ferrari using any team orders. Quite the opposite, in China it was Vettel who was stuck and held up behind Kimi for a very long time. Ferrari did not intervene or make a call.”

“But on the other hand Mercedes gave clear team orders in Bahrain. They did it openly on the team radio,” added Surer in reference to the race in which Valtteri Bottas was told to cede track position to Mercedes teammate Lewis Hamilton on two occasions.

“I think Ferrari are going about it the correct way,” added Surer. “Later on this season they will need Kimi, but if they order him so early on, it will break his morale.”

Indeed Raikkonen had the face of thunder as he mounted the second place step on the podium in Monte Carlo, while Vettel savoured the occasion and took home the big trophy and banked maximum points.

Surer explained, “Kimi will have by now have understood what took place. Sure he was angry at first that he lost the race, but he will realise now that Vettel was faster in Monaco. End of story.”

As a result Vettel heads to Round 7 of the world championship, in Canada, topping the points table by 25 points over Hamilton, while Ferrari lead the constructors’ standings.

Surer added, “If Lewis wants to be world champion, he has got to get his act together. Jet around the world less and focus more on his racing.”

“Bottas is matching him if not ahead, which Hamilton did not expect at all. Bottas is a hard grafter who is capable of extracting the best from the car, much like Rosberg did last year,” added Surer.