Mansell: I don’t believe Mercedes are the underdogs 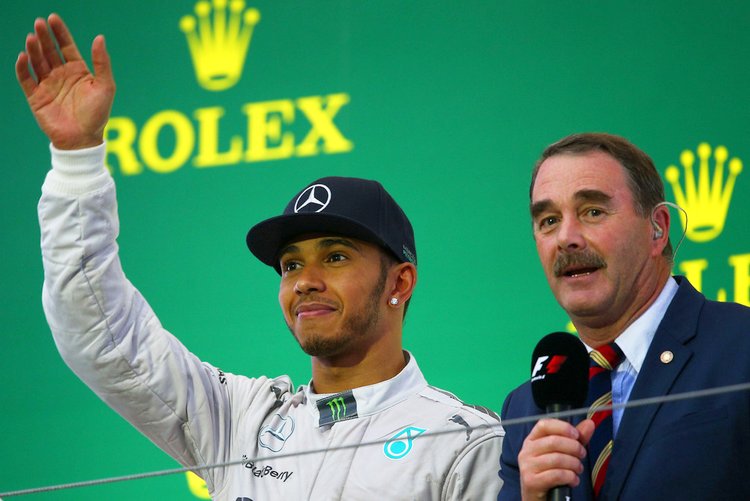 Formula 1  world champions Mercedes claim that they are now the underdogs to Ferrari in this year’s title race but Nigel Mansell is taking the claim with a pinch of salt.

The 1992 world champion, who won his title with Williams but was loved by the Ferrari fans as ‘Il Leone’ (The Lion) during his earlier time at Maranello, told Reuters he was sceptical of the claim.

“That’s rhetoric. I don’t believe they’re underdogs,” said the 63-year-old Briton, who was speaking before being inducted into the Motor Sport Magazine Hall of Fame at a gala dinner on Wednesday. “I think they are very close.”

Ferrari’s Sebastian Vettel has won three of the six races so far, with closest rival Lewis Hamilton 25 points behind after two victories. Finland’s Valtteri Bottas has also won for Mercedes.

Mercedes have won the last three drivers’ and constructors’ championships without conceding more than three races in any of those seasons.

Mercedes team boss Toto Wolff said after Ferrari finished one-two in Monaco last month that the champions were now underdogs and revisited the theme ahead of this weekend’s Canadian Grand Prix.

“It’s painful, but we are not the favourites for this year’s championship. At the moment it’s Ferrari,” said the Austrian in a race preview.

Mansell said that Ferrari had done “an absolutely outstanding job through the winter to come out and challenge Mercedes like they have” and was delighted for his old team.

“But now it’s going to be a race on development, whatever manufacturer develops at a faster rate will ultimately win the world championship,” he added.

The Briton tipped Mercedes to work through their issues and said triple world champion Hamilton remained “a class act” who was lightning quick and would be in contention right to the end providing reliability held up.

“What Lewis has got to do when things are not quite right is get the best he can possibly out of himself and the team,” he said.

“But Lewis still can win the championship this year, it’s going to be very close between them,” added Mansell, describing Bottas as a clear number two despite doing a great job since joining in January as replacement for retired champion Nico Rosberg.

Mansell also spared a thought for Honda, McLaren’s beleaguered engine partners, after comments by the team’s executive director Zak Brown casting doubt on the future of the partnership.

“I’d suggest probably something has got to change,” said Mansell, who won races in Honda-engined cars at Williams. “And fast. And hopefully it can change where McLaren and Honda get it right together.

“They should now be competing for the wins and the world championship. And sadly, for whatever reason best known to them, it’s not happening.”