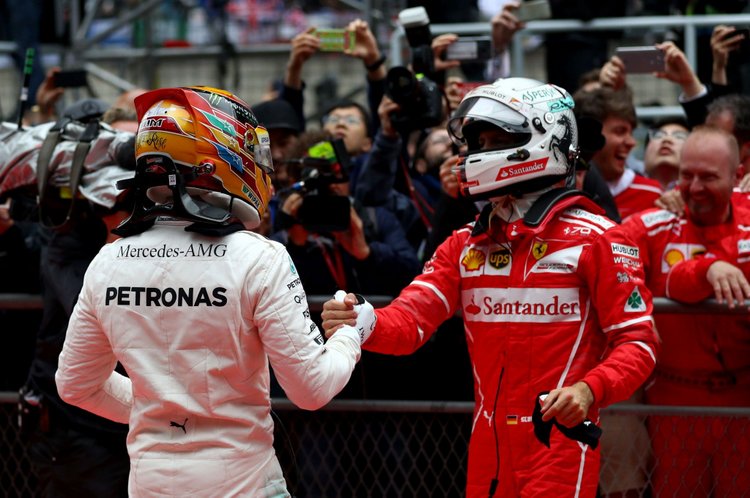 The Canadian Grand Prix has been a happy hunting ground for Lewis Hamilton and he will look to bag a sixth career win on the Ile Notre Dame based circuit to refuel his hopes of another Formula 1 drivers title.

With 14 races remaining on the calendar it is far from do-or-die for Hamilton but the pressure is mounting on the Briton and Mercedes with archrival Sebastian Vettel and Ferrari threatening to widen the gap at the top of the championship standings.

Only Michael Schumacher (seven victories) has won the Canadian Grand Prix more times and Hamilton intends to close the gap further in Montreal as the race marks its 50th anniversary.

Hamilton needs to do so, at the scene of his first ever Formula One victory a decade ago, to reel in Vettel after the German led a Ferrari one-two in Monaco and powered 25 points clear.

“Montreal has been a great hunting ground for me in the past and I plan for it to continue,” the triple world champion told reporters.

With five wins and five poles from previous visits to Quebec, Hamilton would normally be the favourite, but champions Mercedes are no longer the dominant team.

“The Ferrari seems to work everywhere. The next 14 races are going to be very, very difficult,” he said after struggling to seventh place in Monaco.

“They have had arguably the strongest car all year. They look like our car which just worked everywhere last year.”

The race will also mark the return of twice world champion Fernando Alonso to the Formula One grid after the Spaniard skipped the Monaco Grand Prix last month to chase IndyCar glory at Indianapolis 500.

Alonso turned in an impressive performance at the famed Brickyard, qualifying fifth fastest and running at the front but late in the race suffered a familiar fate with his Honda power unit giving up.

Little has changed at struggling McLaren during Alonso’s brief sabbatical with the team still hampered by an uncompetitive Honda engine.

There is plenty of reason to party around the Circuit Gilles Villeneuve this week with the city celebrating its 375th anniversary, Canada its 150th birthday and the Canadian Grand Prix its 50th.

Williams driver Lance Stroll will be hoping to contribute to the party atmosphere.

For the first time since the days of 1997 world champion Jacques Villeneuve, the Canadian Grand Prix will have some true home interest with teenager Stroll on the starting grid for Williams.

While home fans would love nothing more than to celebrate a maiden win, the 18-year-old Stroll arrives with more modest goals and is still seeking his first championship point in what has been a challenging debut season.