Jordan: Mercedes will probably pull the plug at the end of 2018 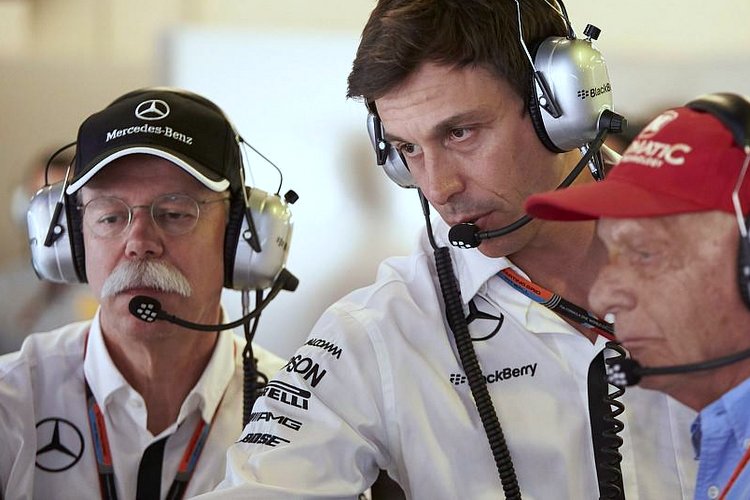 Eddie Jordan is predicting that Mercedes will withdraw as a Formula 1 team at the end of 2018, and focus on being an engine supplier to the sport while selling the team which is currently led by Toto Wolff.

Jordan is well connected in the sport and amid some dubious predictions has at times bee spot on.

Speaking to Auto Bild, Jordan said, “I think [Mercedes] will campaign as a team this year and next year, and then the board of directors in Stuttgart will decide to sell the team and only remain as a Formula 1 engine supplier.”

“I would do the same because Mercedes has won everything, but now it can only get worse for them, so it is better to reduce their costs and concentrate on their old core business in Formula 1, namely to develop and deliver high-tech power units.”

Asked if he believed that Ferrari driver Sebastian Vettel would switch to Mercedes, Jordan replied, “No. Because he has everything he needs at Ferrari. And because Mercedes will probably pull the plug at the end of 2018.”

“If Vettel suspects this, it makes no sense for him to leave Ferrari,” added the former team owner turned pundit.

The fact is, the Irishman is well-wired into the Formula 1 scene, and indeed met with Daimler boss Dieter Zetsche in Monaco.

Time will tell how ow realistic this scenario is, but for now Mercedes is bound by the Concorde Agreement to stay in Formula 1 until the middle of 2020, while the team continues to invest in its factories in England.