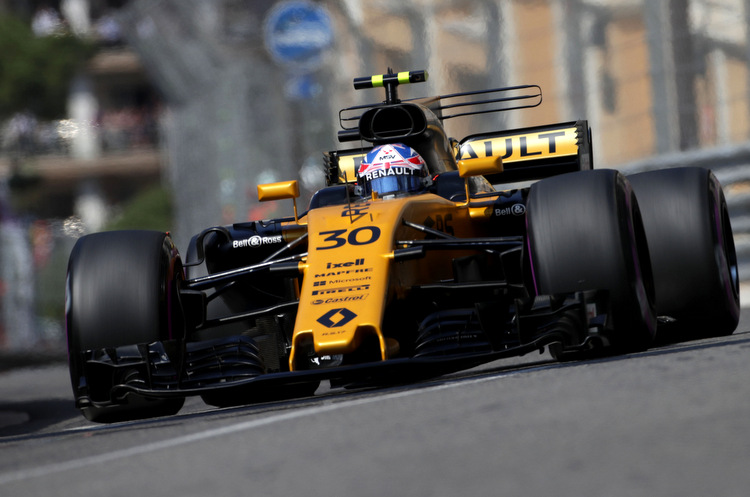 Renault preview the Canadian Grand Prix, Round 7 of the 2017 Formula 1 World Championship, at Circuit Gilles Villeneuve on Ile Notre Dame in Montreal.

Foreword by Renault Sport Racing Managing Director, Cyril Abiteboul: “Montréal promises to be an exciting one for everybody involved. It is the 50th anniversary of Formula 1 in Canada and the 375th anniversary of Montréal as a city. It all adds up to be a special weekend, and we are very excited to get out there and getting on the circuit.”

“Monaco was a very testing weekend for the team. We experienced reliability issues on mechanical components that were on the last race of their cycle. These are challenges that all teams can experience, it is part and parcel of life in modern-day Formula 1. Monaco highlighted the areas we need to improve and further confirmed elements we knew about. And with the new components, we are now ready to attack the next race with the same perseverance and attitude.”

“Canada is all about bouncing back and making a fresh start. We now have a more robust engine and gearbox and we can fully focus on maximising performance. The team in Enstone are heading to the race with an aerodynamic package adapted to the Montréal circuit. However due to the challenges of the track, we certainly don’t expect an easy race.”

“The effort going in across both bases in England and Viry is driving us forward and it is vital that we maintain this hard work, as we set our sights on being at least sixth place in the Constructors’ standings before the summer break. That should enable us to defend our position and reset our targets towards finishing the second-half of the season in fifth.”

“It is a busy time for Renault Sport Racing with Formula 1, Formula E and Formula Renault Eurocup in full swing.”

“In the FIA Formula 2 Championship, Renault Sport Formula One Team Development Driver Oliver Rowland secured his first-ever win in the series in Monaco. As a team, we are delighted for Oliver for his hard-work behind the scenes and we hope he continues his positive run of form.”

“It’s a return home for Renault Sport Formula One Team Test Driver Nicholas Latifi, who joins us in Montréal. As well as working with this team this weekend, he will be working as a Brand Ambassador for our Official Partner, Infiniti.”

“As a brand, we celebrated the 40th anniversary of Renault’s Formula 1 entry in Monaco so we are looking forward to being part of Canada’s 50th Formula 1 anniversary and hope we can deliver a celebration-worthy performance on track.”

Monaco was a challenging weekend for the team but Chief Technical Officer Bob Bell is keen to put that right on a fast, hard-braking Montréal circuit.

What did we learn in Monaco?
BB: Despite coming away from the weekend with no points and thinking ‘that was a torrid event,’ there are positives. We were quite far off the pace on Thursday, but we were fortunate for the intervening Friday where we could review the data further, decide what was wrong and deal with it. The communications between our departments was very good here. We were assisted by having an extra day to process the data, but the way the team including everyone at Enstone and Viry reacted was admirable. In terms of issues encountered, Nico’s gearbox was on the last race of a six-race cycle and we knew ahead of the Grand Prix that there was potential it could catch us out, and this it did. We made a balanced judgement on whether or not to change it before the race and accept a five-place penalty. If it had held we’d have scored a good tally of points. If we’d taken the penalty and started further back on the grid, points would have been a tall order. We have work to do there to make sure it we don’t have the same issue again and the next gearbox cycle is an evolution to counter the issues seen from the start of the season. We had problems for both drivers on Thursday; the power unit for Jolyon and electronics for Nico.

What can we say about Montréal?
BB: Montréal is more demanding than Monaco regarding engine performance. It has longer straights, twisty bits with low speed corners but a bit more opportunity for the car to exercise its legs. Montréal is similar to Monaco in terms of demands on the driver to not make any minor errors as you can pay a heavy price. That is always a feature of Montréal, it puts a lot of energy on the brakes and tyres, lots of acceleration and braking which works the car hard. We will go with the softest three compounds, the softer of those compounds will be most favourable.

How important is it for the drivers to ride the kerbs at the Circuit Gilles Villeneuve?
BB: There are a lot of kerbs around Montréal and to get a good time there you need to use them. Traditionally, in the last few races, that has not been our strong point, but we are making progress there and it will be a test for us. It will be a one-stop, I suspect. Temperature can be variable in Montréal which can make a big difference with tyres. Track temperature will play a significant part in strategy and set-up.

Are there any new parts for the car?
BB: We have some new bits including some aero upgrades specifically for this grand prix.

Nico Hülkenberg is pumped full of energy after a shorter than wanted Monaco Grand Prix. He’s poised to put in a premier performance at the Circuit Gilles Villeneuve.

How much do you enjoy the Canadian Grand Prix?
NH: Canada is a great Grand Prix weekend, I love the circuit, I love the city and I love the atmosphere. The circuit is a combination of a street circuit and a race track. There are big walls on the exit with nice kerbs you have to ride. It is a track with a really nice flow so I enjoy it very much. The week in Montréal is always one of the best of the year.

What is the atmosphere like during the weekend?
NH: At the hairpin, you are surrounded by grandstands left and right and as a driver you get a really good sense of atmosphere there. On the drivers parade you usually get goosebumps when you see all the fans cheering, it is a lot of fun, especially when it is a full house. You can see how much Canada loves Formula 1 because the whole city embraces the race and the locals give us a very warm welcome. There’s a huge buzz around town and a lot of events that create a special atmosphere.

How challenging is the circuit to drive?
NH: Canada has a lot of focus on top speed, with a couple of straights combined with hard braking zones. It is one of the toughest tracks for brakes. You need confidence from the anchors, especially when you are trying to go deep into the corners. The final chicane can always be a tricky one as you can lose a lot of time there. It can be difficult as Canada is all about high speed, the low downforce configuration always makes the car feel light. Kerbs are important, you need to ride them well if you can and use them to ensure a good lap time.

Where are the overtaking opportunities?
NH: It’s hard to overtake there, but the final chicane is definitely the best opportunity. You have to try and stay out of the ‘Wall of Champions’, though! The tyre choices are at the softer end of the range, so there will be some aggressive strategies, we will see what we can do.

Jolyon Palmer secured a season best eleventh place finish in Monaco, and he is targeting going one better with a points haul in Montréal.

What do you make of Montréal?
JP: I raced there for the first time last year, it is a street circuit again but a different one compared to Monaco, as there are more opportunities to overtake. The weather is a question mark as there have been many wet races there in the past. I enjoyed it last year, even though my race was rather curtailed for reasons outside my control. We should be a good chunk more competitive this time around. We’ll do everything we can to maximise the car around the track and we’ll be pushing all the way as usual. In terms of the city, the place is really cool and one which genuinely embraces Formula 1.

Is it a tricky circuit to navigate?
JP: It is a fun track with lots of sequences, we need to prepare for the exits of the corners and get ready for the long straights. Then there is the ‘Wall of Champions’, where you can win or lose a lot of time, or hit the wall as well. Monaco is good practice I think, we had a strong race there and hopefully we can build on the confidence. It will be a similar story to Monaco in terms of the new cars, with width and wider rear tyres making things tricky. You are right up against the walls in a lot of corners in Canada, and it will be even tighter and narrower with these cars!

After the strong Monaco result, is it important now to keep building?
JP: It is pretty hard to overtake in Monaco, so eleventh from P16 was it, and just one second away from getting the first point of the year. It felt much better than P11 and we can certainly take this momentum to Canada and aim for a strong weekend with a good result on Sunday.