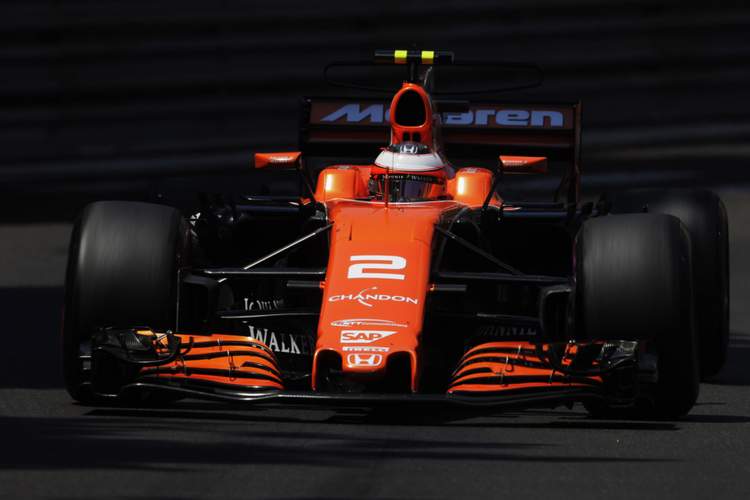 The Canadian Grand Prix celebrates its 50th anniversary this year. The race first took place at Mosport in August 1967, after which it switched to Mont Tremblant and then its current home on the Ile Notre-Dame, Montreal, in 1978 – a race that was won by Quebecois Gilles Villeneuve. The track was re-named the Circuit Gilles Villeneuve after his death in 1982.

Fernando Alonso: “It’s good to be heading back to Canada – it feels like I’ve spent a lot of time in North America recently! The Indy 500 was an incredible experience and it’s been amazing to learn a completely different style of driving, on a different circuit layout and with a very different car, but I’m ready to get back to my ‘day job’ and go racing in F1 again. I’ve always enjoyed the Canadian Grand Prix. The circuit is unique in that it’s very demanding on both the car and driver, so it’s a real racer’s track. While I was in Indy I was still keeping up-to-date with the news from Monaco, and Stoffel and Jenson both reported positively on the new upgrades and reliability, so I hope we can continue to see a step forward in Canada. The layout of the Circuit Gilles Villeneuve means it’s very power-limited and therefore dependent on straight-line speed and power. It’s not going to suit our car as much as the twisty, slower corners of Monaco, but I’m excited to get back in the MCL32, catch up with the guys and girls in the team and get back out on track – not only turning left this time!”

Stoffel Vandoorne: “Monaco was definitely an eventful weekend for the whole team. I felt really comfortable in the car each time I got out on track, and I felt we could really push the limits of our package and maybe come home in the points – it’s a shame it didn’t end up that way. There has definitely been a step forward in the chassis thanks to the upgrades the team has been working hard to bring to every race, so let’s see how these translate to Canada, which is a very different circuit set-up. It’s a new venue for me this weekend as I’ve never raced there before, but I’ve driven the track plenty of times in the simulator already. It’s a tough circuit and I can see why people say it’s a ‘driver’s track’ – there’s a lot to keep you busy and high concentration is essential – the Wall of Champions is proof of that! It will definitely be a completely different experience to Monaco in terms of preparation and set-up, but I’m excited to drive it for real for the first time and get a feel for its characteristics. The race will be tough on brakes, tough on engines and tough on the drivers, and with the potential of Safety Cars in the mix, there’s a lot to think about in terms of strategy and set-up this weekend. It will be good to have Fernando back alongside me, and he has a lot of experience at this track that will be useful to tap in to. It won’t be the easiest grand prix for us, but, in contrast to Monaco, there are more overtaking opportunities, which will hopefully mean more chances for us to be in the mix.”

Eric Boullier, McLaren-Honda Racing Director: “After one of the busiest weeks in McLaren’s history as we concentrated our efforts on both sides of the pond in Monaco and Indianapolis, it’s now time to focus our attention on the Canadian Grand Prix. In Monaco, we welcomed the popular return of Jenson, who put in a strong performance, particularly in qualifying, proving he has lost none of his renowned skills behind the wheel. Stoffel, too, showed impressively strong form all weekend and equipped himself very well to mix it with the midfield around the formidable Monaco street circuit. Although we were looking good for a point or two, sadly, it wasn’t meant to be, but we nevertheless go to Canada buoyed by the strength of the ongoing development work we are undertaking back at base. Of course, we’re also very much looking forward to having Fernando back in the car again in Canada, after his McLaren Honda Andretti Indy 500 adventure. What he has achieved in just a few short weeks has been phenomenal, and the whole team is looking forward to catching up with him and congratulating him on a hugely impressive performance. The whole McLaren Honda team enjoys returning to Montreal each year, and the venue is up there among the favourite races on the calendar for many. We stay downtown – the city has an incredible atmosphere – and we always receive a very warm welcome. The Canadians love their racing, like we do, and the grand prix has a worthy reputation for being unpredictable and exciting. McLaren has enjoyed numerous victories in Canada, arguably the most famous of which in the hands of Jenson Button six years ago, in a four-hour race that became the definition of ‘unpredictable’ racing in Canada. The infamous Wall of Champions has claimed the cars and pride of many a world-class driver, and the demanding characteristics of the circuit present a unique set of challenges for the drivers, engineers and mechanics. The nature of the Circuit de Gilles Villeneuve is high-speed, with tight chicanes, limited run-off and heavy braking. While its complex traits won’t suit the strengths of our package, we are still pushing the envelope at every race by bringing useful developments that are correlating well and eking out more performance. We still have a long way to go, and this circuit will be a tricky platform on which our package is less likely to shine, but we will work hard as always to maximise what we have in our armoury and take advantage of every opportunity on track.”

Yusuke Hasegawa, Honda R&D Co. Ltd Head of F1 Project & Executive Chief Engineer: “The Canadian Grand Prix is always a special race for us. It is one of the most vibrant and popular on the Formula 1 calendar, and has a wonderful atmosphere – the fans really embrace the grand prix each year. We also have the warm support of our colleagues from Honda Canada. After Jenson’s one-off appearance in Monaco, we will have Fernando back behind the wheel fresh from his great Indy 500 challenge. His bid to win in his rookie year came to a disappointing end, but once again Fernando showed what an incredible talent he is. He was a contender for victory throughout the legendary race and drove like a seasoned oval racer. I am looking forward to seeing him after his great adventure. Despite the beautiful nature of the Gilles Villeneuve Circuit, this power-hungry, demanding track will not play to our strengths. With its power-oriented nature, stop and start corners, abrasive surface and long straights, it will no doubt be another challenging race weekend for us. However, we will keep pushing forward, no matter how tough the challenge ahead.”