Andretti: Alonso wasting time in the best phase of his career 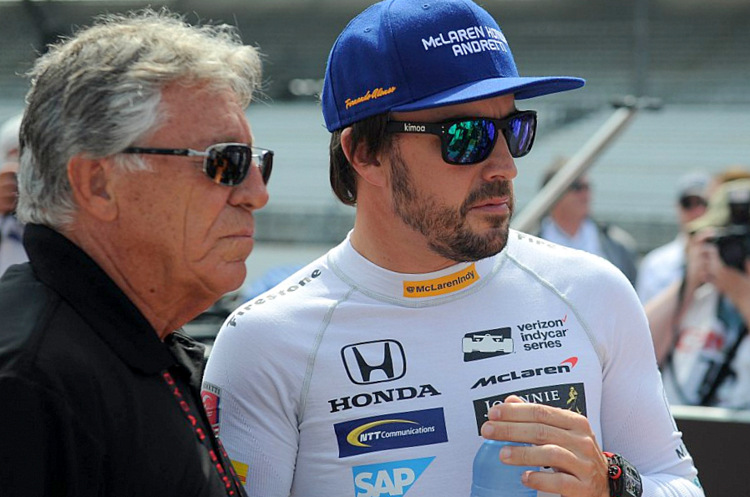 Mario Andretti believes that Fernando Alonso is in the best phase of his racing career, but at the same time the racing legend believes that the Spaniard is wasting his time with an uncompetitive car in Formula 1.

Speaking to Marca, in the aftermath of Alonso’ high-profile Indy 500 adventure, Andretti said, “The only thing that keeps a race driver happy is to be competitive, anything else is total frustration.”

“He is wasting his time in the best phase of his career. McLaren obviously feels the same pain because it’s a team that only knows how to be at the front, but they are paying the price with him.”

Andretti, who won 12 grand prix races and the 1978 Formula 1 World Championship, is positive that things will change for Alonso and McLaren, “It can only get better for him in F1. It looks like they have a [competitive] chassis and the situation with the engine will improve. I’m sure he is going to be in the points before the season ends.”

Alonso drove at the Indianapolis 500 for Andretti Autosport with backing from McLaren and engines supplied by Honda. He ran strongly throughout the month of May, at the Brickyard, but was denied victory in the race – despite leading 27 laps – with an all too familiar engine failure cutting his race short with the finish in sight and running comfortably among the leaders.

But he was awarded Rookie of the Year for his efforts, and Andretti admitted, “I was very impressed and not at all surprised because he showed his quality from the beginning of practice. He was at the maximum at all times.”

“In the race I thought that many there would be many new challenges for him and there were but the truth is he handled them well at all times. I’m sorry that the engine let him down because it would have been a very interesting finish to the race.”

“I guarantee that his value has gone up, I have no doubts. He received the respect he deserves. He did everything he needed to do, so you cannot beat that. There were no losers here, except for that engine!” added Andretti.

Big Question: Is Fernando wasting his time with McLaren? If yes then what should he do?