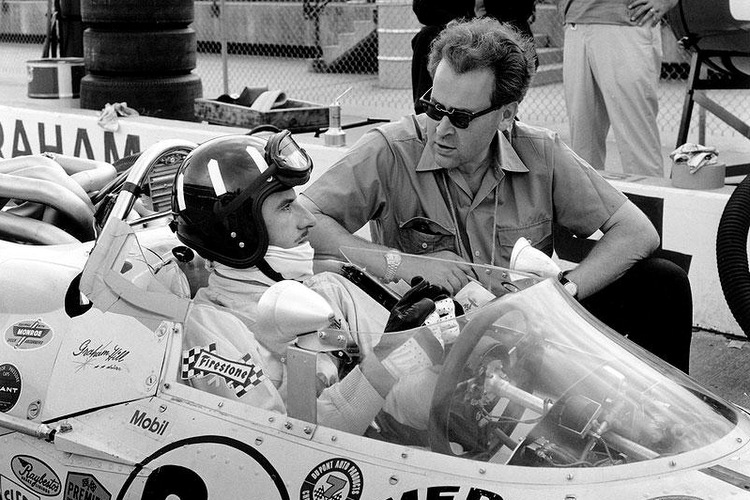 Eric Broadley passed away earlier this week, but behind him he left an important and impressive legacy which etched the Lola marque in the history of motorsport, the Briton died at the age of 88.

The Lola appeared on the British racing scene in the fifties, and quickly established itself in various racing series and over the years was responsible for some of the most memorable designs in racing.

Broadley’s first self-constructed car dates back to 1957. He made his breakthrough a year later with the Lola Mk1, which he himself raced at Brands Hatch breaking the lap record in the process and thus attracting interested buyers.

The Lola brand was born and became one of the largest racing car manufacturers in the world,branching into single seater racing in the early sixties.

According to respected F1 journalist and historian Joe Saward the name was inspired by the song: “Whatever Lola wants, Lola gets.”

In 1962, Lola made its debut with the Mk4 in Formula 1. Reg Parnell’s Yeoman Credit team ran John Surtees and Roy Salvadori in the cars built by Broadley.

Surtees secured pole position in the teams first race of that season. At the end of the year, however, the team disbanded due to financial problems. For Broadley, however, this was just the beginning.

In the late sixties Broadley worked with Honda to produce their Formula 1 car. In 1967 the Honda RA300 won the Italian Grand Prix with Surtees at the wheel and gave Honda its first Formula 1 victory.

Broadley also worked with the Graham Hill owned Embassy Lola team in the seventies and supplied Larousse with chassis in the late eighties. At the 1990 Japanese Grand Prix in Suzuka, Aguri Suzuki scored the team’s best result with third place.

Amid the F1 adventures, Lola was most successful in America. Graham Hill was the first British driver to win the legendary Indy 500 driving a Lola T90 in 1966. In 1978 and 1990, further victories followed.

From 1960 to 1990 Lola was the most succesful international marque at Indianapolis. In addition, Broadley’s sports cars also proved to be fast. The 1969 Lola T70 powered by Chevrolet won the Daytona 24 Hours.

But the Formula 1 dream remained, and in 1997, Broadley broke the bank to become a Formula 1 entrant. However it was a disaster for his illustrious organisation. The team completed one grand prix well off the pace. The company folded shortly after.

Broadley remained involved in various automotive projects and enjoyed his retirement at his farmhouse in Broughton.

The impact Lola had on the sport was massive, and although Formula 1 success proved to be illusive, success in most other categories of the sport for Broadley’s marque was legendary.