Arrivabene: We did not give team orders 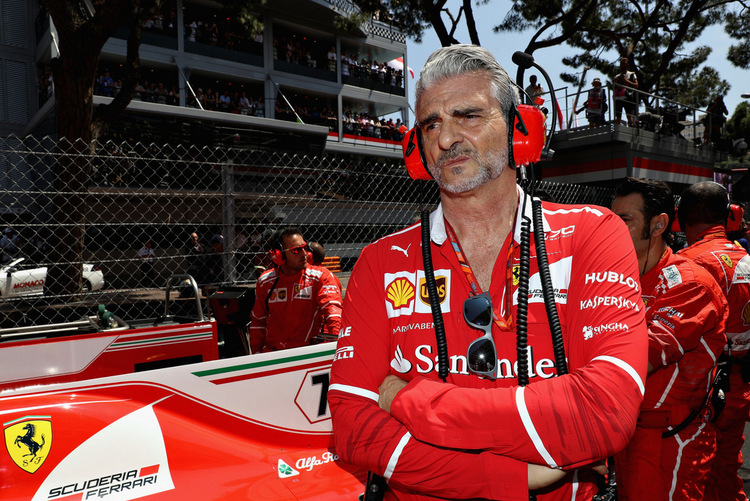 In the wake of the Monaco Grand Prix one-two victory for Ferrari, team chief Maurizio Arrivabene has denied suggestions that team orders were issued during the race amid allegations from some media, as well as fans, that the result was manipulated to favour Sebastian Vettel at the expense of Kimi Raikkonen

Vettel powered to victory over teammate Kimi, after the veteran Finn qualified on pole and led the opening laps of the race. Then Ferrari called him in for an early pitstop at which point Vettel put in a string of very fast laps in clear air.

When the pitstops were completed, Vettel led after achieving the over-cut, with Raikkonen trailing in second. They stayed that way until the chequered flag, and immediately sparking team orders conspiracy theories from various quarters.

Arrivabene responded, “We did not give team orders. Apart from being a Ferrari driver, Kimi is also here to win races.”

He added in his official summary of the race, “One-two is a great result for the entire team, on a track that highlights the qualities of the car and the person driving it.”

“Both our drivers performed like champions. Starting from pole, Kimi led the race up until his pit stop, which took place on the planned lap. Seb stayed out for a few more laps to cover Ricciardo. Vettel’s times were exceptional on ultrasofts that had done a lot of laps.”

“As for Kimi, unfortunately he lost a bit too much time behind a backmarker. The most important aspect of [the race] is that all the hard work carried out by the guys at the track was rewarded, as was the fact that our car was so well conceived back in Maranello.”

“Now, it’s already time for us to think of the forthcoming Grand Prix in Canada,” added Arrivabene.

Big Question: Did Ferrari employ team at Monaco orders or not?