Alonso: My only goal is to get a third F1 world title 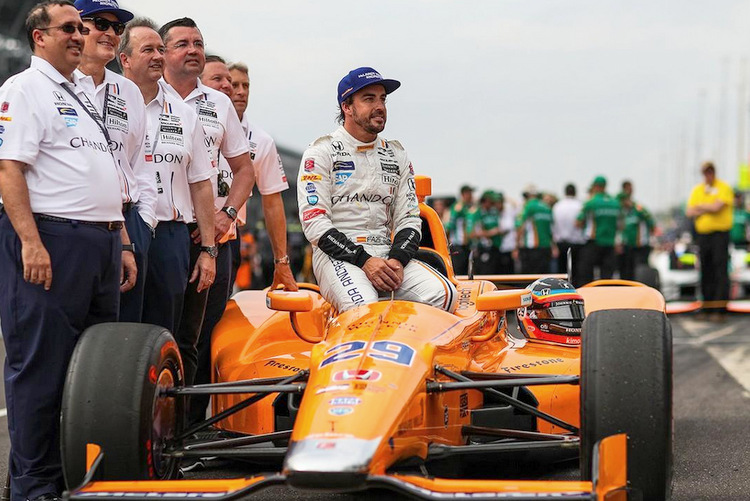 In the aftermath of the Indianapolis 500 highs and lows, Fernando Alonso returns to his ‘real job’ for the forthcoming Canadian Grand Prix determined to keep on improving with McLaren.

Speaking after scooping the Indy 500 Rookie of the year, Alonso told Marca, “I want to be F1 World Champion again, but being in Monaco fighting for a seventh, a sixth, or even a fifth, is incomparable to being here. I have not missed Monaco in terms of results.”

“For the future, in Canada, we will try to keep improving again, the car seems to perform better every time, with seventh on the grid of Barcelona and with both cars in Q3 this weekend [in Monaco]. For the second half of the season we will be more competitive.,” added Alonso.

In the aftermath of his high profile foray to the Brickyard, Alonso said, “For the short term my only goal is to get a third Formula 1 world title. Next year I hope to be battling for it.”

As for another Indy 500 foray, McLaren team chief Zak Brown said, “If there is no change of dates, so that it does not clash with Monaco, it will be difficult for us to return soon. I hope next year we will be fighting for victories in Formula 1.”