Vettel victory in Monaco is extra special for Ferrari 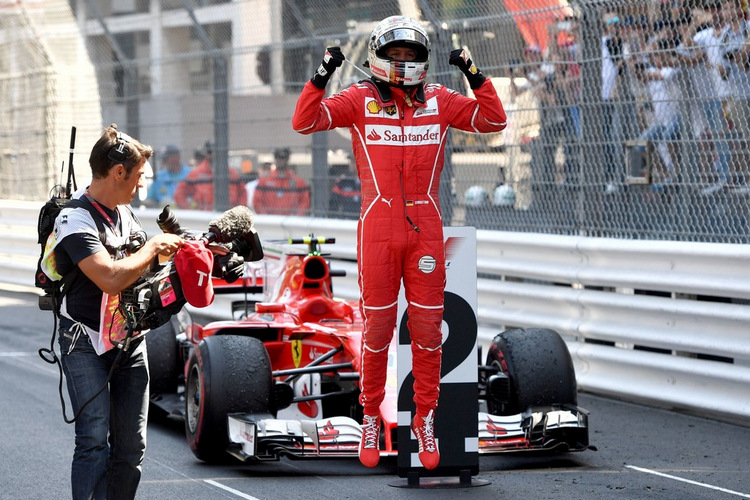 Sebastian Vettel has won plenty of races in his career, some more emotional than others, but the German’s one-two victory in Monaco was of special significance for Ferrari fans starved of success in recent years.

The last time the Italian team won in the Mediterranean principality was 16 years ago – in 2001 with Vettel’s compatriot Michael Schumacher leading a one-two.

Villeneuve, Schumacher, Vettel. The roll call is spine-tingling but results are what really matter and a quick comparison of Schumacher’s first six races of 2001 and Vettel’s current performance will really get the heart racing at Maranello.

Schumacher – who ended the season with his fourth title – won the opener in Australia that year, as did Vettel this. He then took two more wins and two second places with one retirement.

Vettel is doing better, by comparison, with three wins and three second places, and makes a plausible argument when he says Ferrari could have won every race this year had everything gone to plan.

What happened in Australia, far from being a one-off, has become a sequence of success that has re-arranged the Formula One landscape with champions Mercedes already presenting themselves as underdogs.

The contrast between last season, when the oldest and most successful team in Formula One history failed to win a race and a frustrated Vettel was making headlines with radio rants, is marked.

The German is now 25 points clear of Mercedes driver Lewis Hamilton, the British three-times world champion who has won twice but struggled to get performance into his car’s Pirelli tyres while the Ferrari has seemed good everywhere.

“We are walking on a lovely beach of white sand after having run barefoot over sharp and jagged rocks,” wrote columnist Umberto Zapelloni in Monday’s Gazzetta dello Sport.

“These first six races of the season are worth as much as the arrival of an airplane for someone shipwrecked on a deserted island.”

The German’s podium celebrations in Monaco were reminiscent of the glory years of the turn of the century when Schumacher dominated the Italian team and had everyone back at base singing to his tune.

Vettel was the conductor as the Ferrari mechanics and engineers sang the Italian anthem. Kimi Raikkonen, rather like Schumacher’s old team mate Rubens Barrichello, looked a lot less happy.

“We got a lot of hard times last year and this year everything seems to be upside down – but the team is the same, the people are the same,” Vettel told reporters.

“I guess in these small moments you just realise that it’s a special group of people.

“I think you can see when the guys are singing the Italian anthem. I think it’s impossible not to get goosebumps and feel very special standing up there representing them.”