Mercedes: We are the underdogs 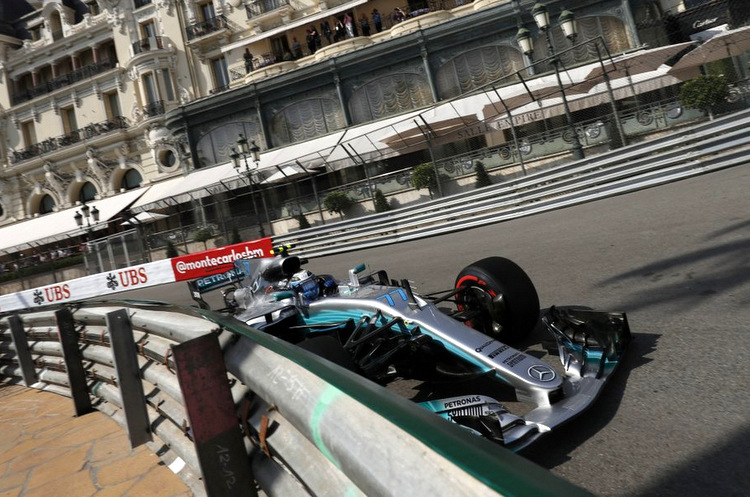 Not long ago it used to be a case of guessing the winning margin for Mercedes in the Formula 1 constructors’ world championship, and a toss-up between which of its two drivers would win the drivers’ title.

Not any more. The Monaco Grand Prix clearly underlined how Mercedes is not the force it was, with Lewis Hamilton, who has won two of his three world titles with Mercedes, finishing seventh and new recruit Valtteri Bottas taking fourth place.

Up ahead, Ferrari clinched a clinical 1-2 finish with Sebastian Vettel beating teammate Kimi Raikkonen and opening up a 25-point gap over Hamilton at the top.

After six of 20 races, this lead is not big enough to be alarming. But the inconsistency of the Mercedes car certainly is.

The next race is the Canadian GP in two weeks’ time, and all eyes will be on Mercedes in practice and qualifying. That Hamilton even managed to take seventh place was a credit to his remarkable driving ability, seeing as he started from way back in 13th place on the grid after a calamitous qualifying session in Monaco.

But the team is struggling to find answers. Head of motorsport Toto Wolff even called the Mercedes car “a diva” and a “mystery” because of its temperamental and unpredictable nature.

There is even talk that Mercedes may have to give priority to one of its two drivers to arrest the current slide. At the moment, both are officially on an equal footing and free to compete fully against each other – as Hamilton and Nico Rosberg were over the last three years.

The unofficial talk is that Hamilton is the No. 1, ahead of Bottas – who had never won a race before joining from Williams to hurriedly replace Rosberg.

But in Monaco, Bottas’ car looked much faster and more reliable, which would make it difficult to give Hamilton the priority at this stage.

“I really have no idea,” Hamilton admitted. “Who knows? It might go the other way: I might need to give Valtteri the upper hand.”

The problem of the Mercedes, according to Bottas in his post-race debrief, appears to be an inconsistency between the front and rear axle. In turn, this affects the performance of the tires, as was shown in Thursday’s second practice session when Mercedes botched a switch to the faster ultra-soft compound and failed to get either driver into the seven quickest times in P2. It was an embarrassment for a car of such standing.

“It is clear that this weekend we didn’t give them the equipment necessary to do better,” technical director James Allison said. “We now need to go back to the factory and make sure we do everything in our power to ensure it remains our weakest result of the year.”

Last year, Mercedes finished nearly 300 points ahead of Red Bull in the constructors’ championship, winning 19 of 21 races as Rosberg pipped Hamilton to the title before dramatically announcing his retirement from F1. Ferrari was an afterthought, 367 adrift of Mercedes in third and scrapping for podium places rather than wins.

In 2015, Ferrari was 275 points behind Mercedes and 2014 was so dismal for the Italian manufacturer that it finished fourth and nearly 500 behind Mercedes.

With new regulations designed to make cars wider, heavier and faster this year, Ferrari seems to have worked wonders in the factory while Mercedes appears to be going backward.

“We are the underdogs,” Wolff said. “This is the new reality.”

Big Question: Are Mercedes the underdogs this year?