Hamilton: We don’t want to be in this position again 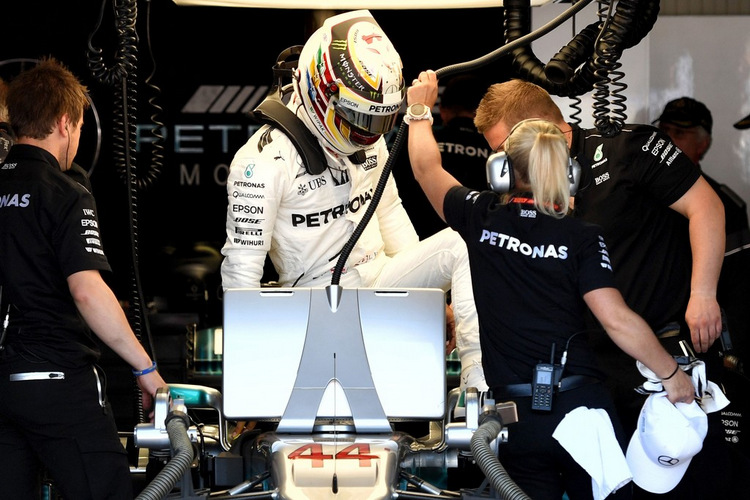 Lewis Hamilton will sit down with his Mercedes team in the coming days as he attempts to get on top of the car problems which are threatening to derail his challenge for a fourth title.

The Briton is now 25 points behind runaway championship leader Sebastian Vettel following the Ferrari driver’s third victory from the opening six rounds of the season in Monaco.

Hamilton, who hosted a star-studded party here at the principality on Sunday evening, was remarkably upbeat after his disappointing performance at the most famous race on the Formula One calendar. But the triple world champion admitted he can ill-afford another off-colour weekend if he is to halt Vettel’s charge.

Hamilton’s season has been blighted by an on-going struggle to get this year’s new Pirelli tyres in the optimum operating window, and thus extracting the maximum performance from his Mercedes car.

Indeed his victory in Spain earlier this month has been sandwiched by a distant fourth-place finish in Russia and now seventh in Monte Carlo, too. Oddly, it is not an issue which is affecting his team-mate Valtteri Bottas.

“We have definitely got to improve our understanding of the car and see if we can do a better job,” said Hamilton, who is due at Mercedes’ Northamptonshire factory on Thursday.

“There are so many different things we need to look into, to try and understand why one car can make the tyres work and the other cannot.

“Trust me, I will be pushing, and the guys will be pushing to fully understand it because we don’t want to be in this position again. One more race like this and we will be much further behind.”

Vettel’s victory in Monaco was significantly aided by Ferrari’s strategy which enabled the championship leader to get ahead of his team-mate and pole-sitter Kimi Raikkonen during their only round of pit stops.

Hamilton subsequently suggested that Ferrari’s tactics provided the most obvious evidence yet that Vettel is being given preferential treatment by the Italian constructor this season.