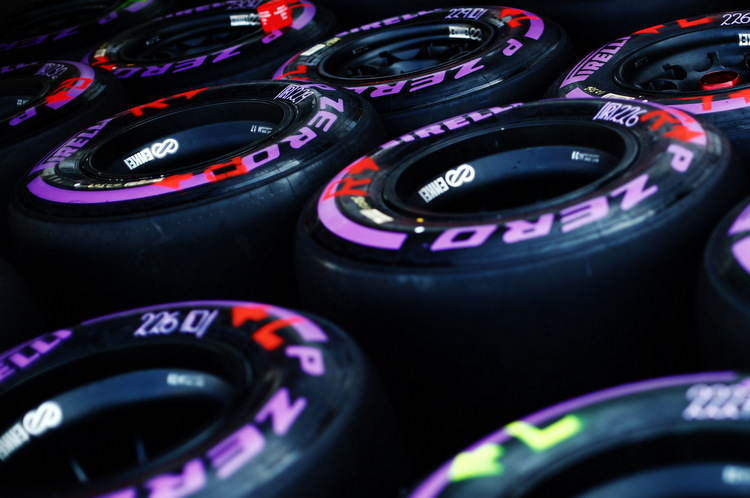 Ferrari and Mercedes are deploying different tyre strategies for the Canadian Grand Prix on 11 June, as Pirelli offer up a softs, supersofts and ultrasofts for teams to use in Montreal.

Ferrari have opted for the exact same selection for their drivers Sebastian Vettel and Kimi Raikkonen, who will each have a set of softs, three sets of supersofts and nine ultrasofts sets.

Mercedes drivers have chosen to go serparate ways with Lewis Hamilton choosing one set of sifts, four sets of supersofts and eight sets of ultrasofts while Valtteri Bottas Bottas will have two sets of softs, three supersoft sets and also eight ultrasoft sets. 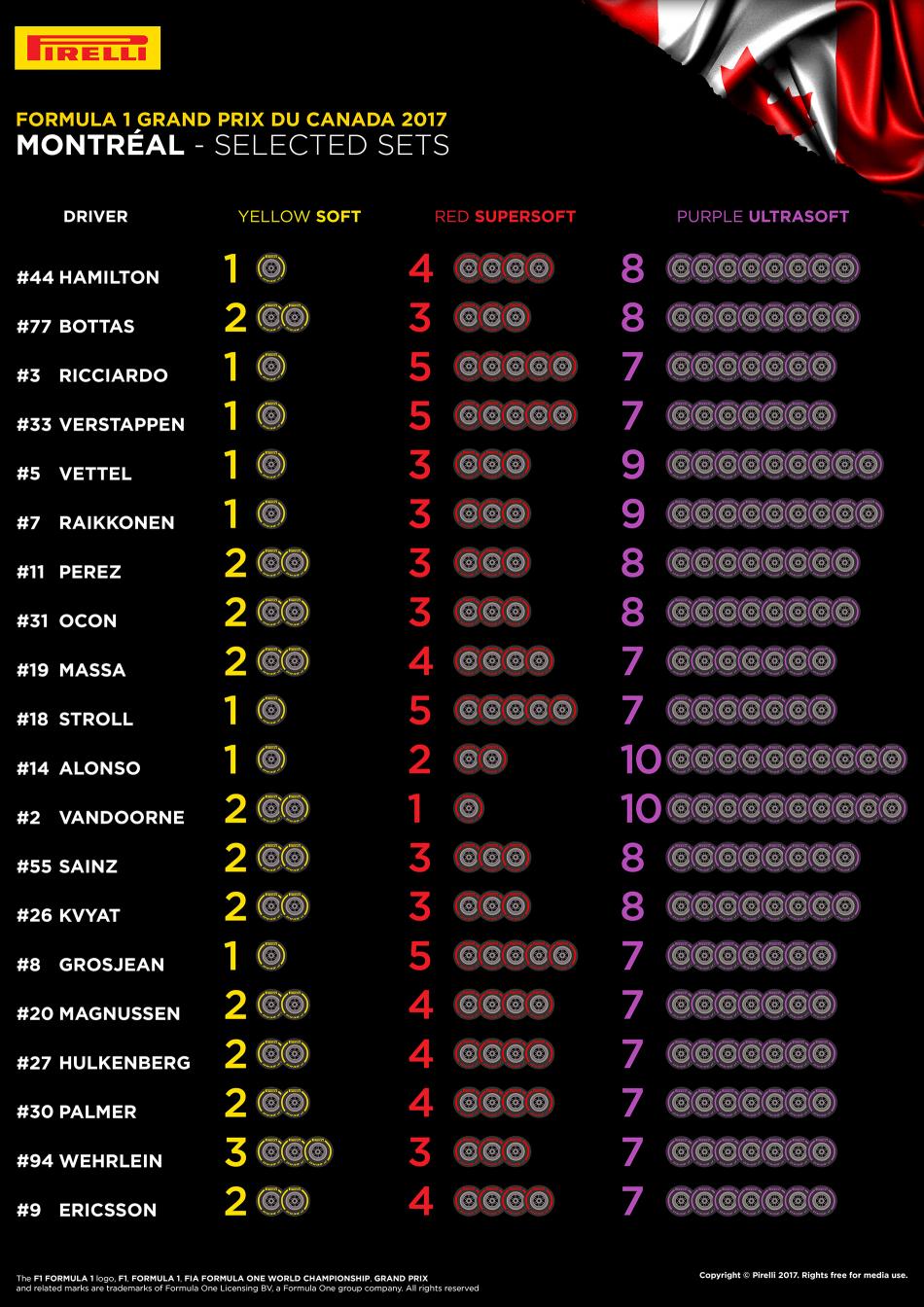