Wolff: I do not think Ferrari orchestrated the result 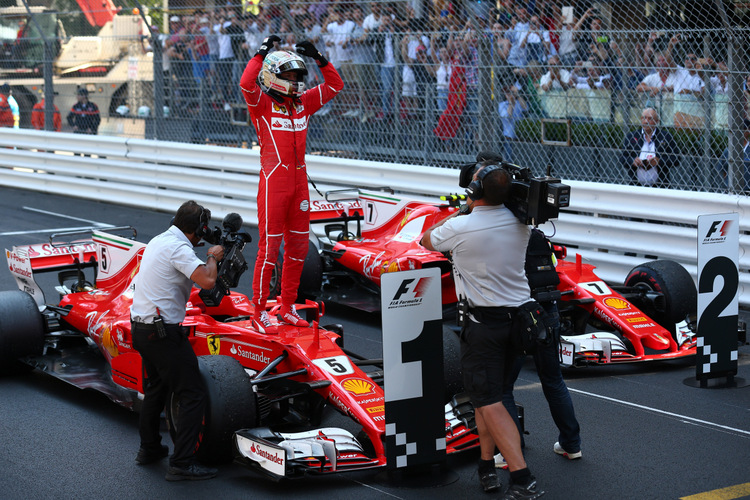 In the aftermath of a historic one-two for Ferrari at the Monaco Grand Prix, the biggest talking point to emerge is whether Ferrari favoured race winner Sebastian Vettel over Kimi Raikkonen by pitting the latter too early.

Mercedes chief Toto Wolff, who has vast experience managing such situations, believes that the fastest man on the right strategy won the race and there was no manipulation from the Maranello outfit.

Wolff told reporters after the race, “[Ferrari] needed to pit one of the two drivers and put one on the super-soft and how it all planned out, the super-soft was not quick enough and Sebastian was able to pull out some stunning laps on the used ultra-soft and that gave him the advantage over Kimi.”

“I don’t think they saw that coming. At the end of the day, it was the right result for the team and for the driver championship but I do not think it was orchestrated.”

“They are finally where we were back in the days where you finish one and two and have to explain why the right guy won.”

“First of all, they deserved the win, they had the quickest car out there so as a team result, the one and two is good and congratulations from our side. I think we need to give them credit,” added Wolff.

The Mercedes chief hopes that Monaco, where Valtteri Bottas finished fourth and Lewis Hamilton down in seventh, will be his team’s worst race.

He explained, “Our target would be that it’s the worst race of the season hopefully, an outlier like we’ve had in Singapore. It is just about bringing the tyres into the right window and we have a fast car but she doesn’t like the tyres.”

“That is something which we need to understand why that is because Ferrari is able to put the car on the floor and it goes from straight from the beginning until the end.”

“Both drivers seem to be equally competitive or uncompetitive and that has been different all through the season for us. I have such a confidence in the group of people that the more miles we do the more data we will collect and the better we will understand.”

“In terms of looking for, I don’t know if we will need more difficult weekends or not. Normally, the longer it goes the better it gets for us,” concluded Wolff whose team has now dropped to second in the Formula 1 constructors’ championship, 17 points adrift of Ferrari.