Ladies and gentlemen start your engines 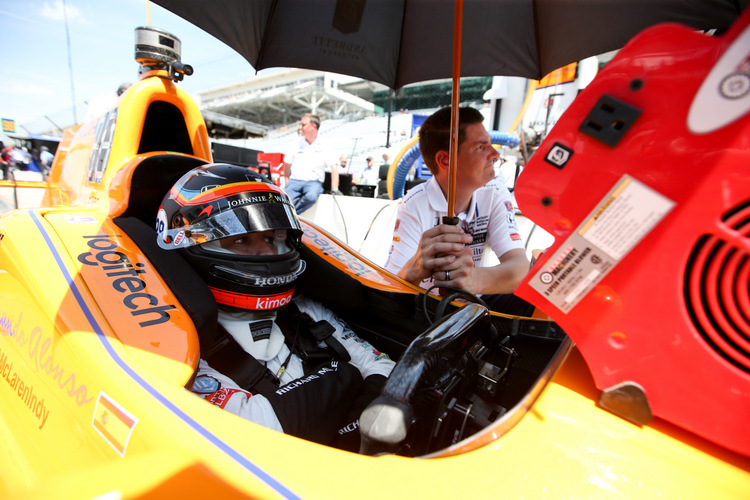 Motorsport’s most famous races at Monaco and Indianapolis are about as different as opera and rap, and in the lead up the Indy 500 Fernando Alonso will find out just how disparate the Formula 1 world is from IndyCar.

The twice Formula One champion has spent a good chunk of May getting familiar with his car and the city but the final buildup to Sunday’s command of “Ladies and gentlemen start your engines,” is sure to be an assault on the Spaniard’s senses.

Even McLaren, which will have cars on the starting grids of both the Monaco Grand Prix and the Indy 500, has dubbed this weekend ‘A Race of Two Worlds’.

Run on the Memorial Day holiday weekend in the United States heartland, as sporting events go there are few more American than the Indy 500.

In Monaco, the winner will be sprayed with expensive champagne. At the Indy he is bathed in milk.

There are no yachts or palaces filling the vista at the Brickyard, only motor homes and campers packed into fields and front yards of neighbouring homes like some motor racing Woodstock.

At Monte Carlo spectators snack on caviar and crackers, at Indy they dine on burgers and beers.

At the Monaco Grand Prix cars will dart through tight streets past casinos and luxury apartments, while at the Brickyard cars will charge at breath-taking speeds around an oval so big it could hold a sizeable chunk of the Mediterranean principality.

“It just speaks so much about the difference of our culture and the European culture,” Eddie Cheever Jr., who drove in more Formula One races than any other American and was winner of the 1998 Indy 500, once told Reuters.

While Monaco feels no need for labels, the Indy 500 shamelessly bills itself ‘The Greatest Spectacle in Racing’.

It also claims to be the world’s biggest single day sporting event, and with upwards of 300,000 people pouring into the sprawling oval the boast is justified.

Alonso has thrown himself into the Indy experience, but the final day before the race is something he probably would have happily done without.

The goal on Sunday is to be first across the yard of bricks that mark the finish line and become the first Spaniard to have his likeness placed on the huge 110 pound (49.89 kg) Borg Warner trophy that was recently valued at $3.5 million.

But there was little time on Saturday to focus on preparing for the 500-mile test. Starting early on an overcast morning, Alonso settled in for an hour-long autograph session which was followed by a drivers meeting and a ceremony where he received his Indy 500 starters ring.

After that, it was straight downtown for the Indy parade and later in the evening a quick pit stop at the Andretti Autosport Gala.

“It’s every bit as cool, if not probably cooler, than he thought it was going to be.” said McLaren executive director Zak Brown, who put together the deal that allowed Alonso to skip Monaco to chase Indy 500 glory. “It’s totally different. He very much enjoys it. He feels he’s very good around the Speedway.”