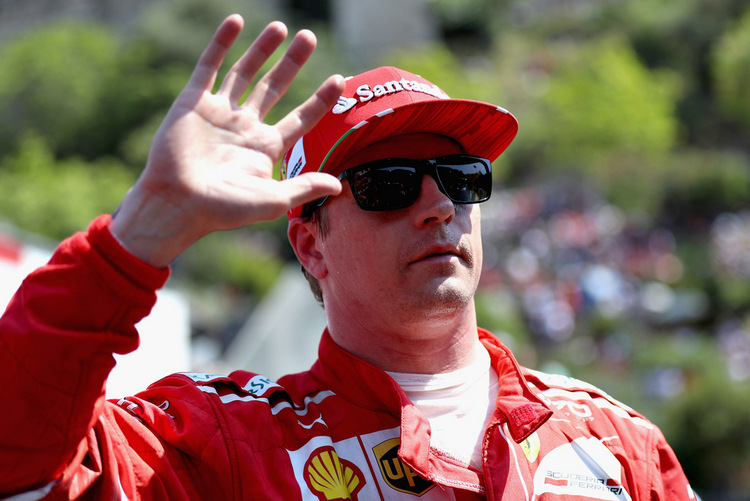 Kimi Raikkonen played down the significance of claiming pole position for the Monaco Grand Prix, despite it being his first top spot start in Formula 1 for nearly a decade.

Speaking to media, after his efforts on a glorious afternoon on the Cote D’Azur, Raikkonen said, “Obviously it’s the best place to start for tomorrow but it doesn’t guarantee anything for [the race].”

The poker faced Finn won the legendary street race for McLaren back in 2005 and is well placed, at a venue where overtaking is at a premium, to add to his victory tally of 20 wins. He last stood on the top step of a F1 podium at the 2013 Australian Grand Prix.

Raikkonen added, “Nevertheless I’ll happily take it, and it’s been quite okay all weekend. We’ve been struggling a little bit in certain places and have been working to try and figure it out.”

“Qualifying was better – it wasn’t perfect, but it’s never going to be perfect. It was good enough and I was very happy with the car.”

“You can always go a bit faster here and there – it’s normally a never-ending story like that – but things went well. We had good timing with when we went out and I felt good, so I was able to push and it was a quite nice, straightforward qualifying.”

“Happy for myself, happy for the team and obviously we have two cars on the front tomorrow so we’ll try to make the best of it,” said Raikkonen ahead of his 21st pole position start in Formula 1.

Ferrari team chief Maurizio Arrivabene was quick to praise Raikkonen, “I’m really happy for him because he deserves it – the champion is coming out sometimes. It’s a pity for Sebastian that he made a little mistake in Turn 5, but having two cars up there is good.”

“I’m happy we find the pace now, but we have to remember the last one in Sochi, be careful and think about tomorrow,” added Arrivabene.

With teammate Sebastian Vettel second on the grid, it will be Ferrari’s second front-row lockout of the year, the pair doing the same (in reverse order) at the Russian Grand Prix