Raikkonen: Just try to make a stupid story out of nothing 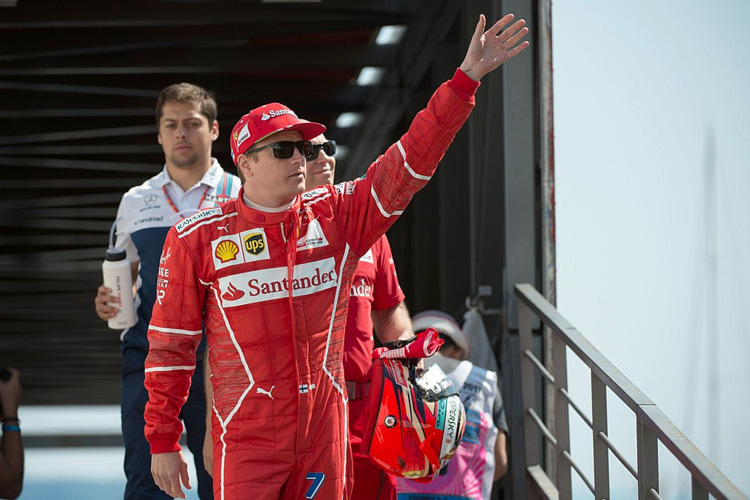 Shortly after notching up his first Formula 1 in pole position when he powered to top spot on the grid for the Monaco Grand Prix, Kimi Raikkonen the self styled Iceman – lost his cool when asked if team orders would play a role in the race on Sunday.

During the post qualifying press conference Raikkonen was reminded of the points difference between himself and his teammate, championship leader, Sebastian Vettel and how he would react should the pair be dueling for the same piece of tarmac during the race, particularly the start.

To which Raikkonen responded, “No different to any other point this year, last year. We know what we are doing, we are racing for the team and y’know, we have certain rules and respect against each other. We are allowed to fight but obviously, we have to do it as clean as we can and not take each other out.”

“I don’t know why people expect that it is something different tomorrow than it’s been the last two years. Nothing has changed. Just try to make a stupid story out of nothing,” fumed Raikkonen as he avoided being drawn into a question on team orders.

It has been 281 races since Raikkonen started from top spot on the grid, and now after nearly a decade he will start from pole at the sport’s most famous race and most glamourous venue. But the fact means little to the veteran Finn who won the race in 2005 for McLaren.

Asked if pole at Monaco was a special occasion for him, he replied, “No, I would have happily taken any other place also but it just happens. We’ve been close a few times lately but it’s something we haven’t really got in the last race.”

“But if you take any circuit, here it’s the most important to be in front but it doesn’t automatically give you a win or a good result. There are so many things that can happen in a race that are nothing to do with you. You might be doing and the team might be doing a perfect job but actually there are absolutely other things which might destroy the whole race.”

“It’s going to be a long difficult race but we have two cars in the best possible positions so that’s the main thing,” added Raikkonen who will be hunting his 21st grand prix victory in Sunday, his last victory was at the 2013 Australian Grand Prix.”