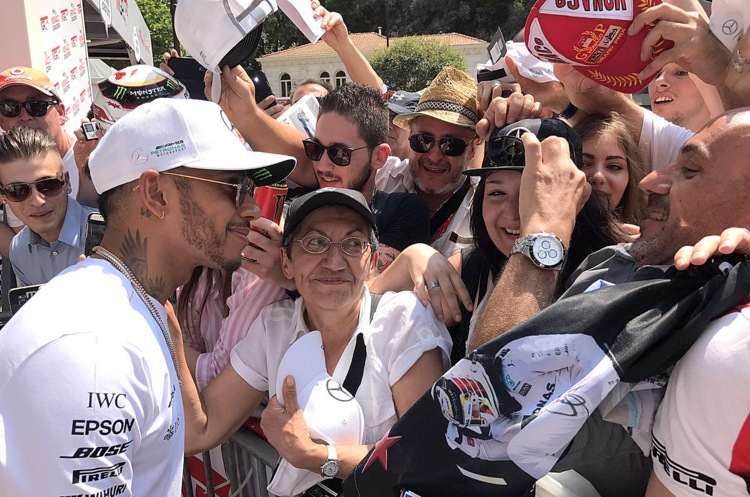 Fernando Alonso’s foray to the Indianapolis 500 has divided the opinion of Formula 1 drivers, with some saying they would not consider it but it appears that the interest of Lewis Hamilton has been piqued by Alonso-mania at the Brickyard.

Speaking while meeting fans at Monaco, during the traditional Friday rest day at the principality, Hamilton was asked if he would like to give oval racing at Indianapolis a go.

The triple F1 World Champion replied, “I’d like to try it!”

This is the first time Hamilton has shown interst in competing in what is dubbed “The Greatest Spectacle in Racing”, no doubt spurred by Alonso’s showing at the legendary venue in the build-up to Sunday’s race.

When McLaren announced Alonso’s Indy 500 project commented, “You’ve got one of the best drivers in the world going there. For sure [Alonso] will be the best driver in the paddock. He just won’t have the experience that anyone would have.”

“I think it will be a very exciting challenge for him to see how strong he can fare against those who have all that experience. I think us drivers should be able to do more than one series.”

“Obviously there was a period of time in the past when there were drivers doing multiples series, so I think it’s pretty cool that he’s doing it,” he pointed out in reference to F1 drivers in the seventies and eighties who drove in multiple disciplines of motorsport.

“I wouldn’t miss any of the races in F1, definitely continue to do all the races,” added Hamilton in reference to fact that Alonso had to ditch racing at Monaco for McLaren so as to compete in the Indianapolis 500, as race dates clash.

Asked what series he would contemplate racing in beyond F1, Hamilton (at the time) did not count Indycar when he replied, “I’d like to do MotoGP. I’d like to ride a MotoGP race. Probably a NASCAR race like the Daytona 500 maybe.”